Democratic Borough President of Bronx Ruben Diaz, Jr. recently explained in the New York Post, why he is proudly marching in the Columbus Day Parade.

He is doing so after devoting considerable energy to cleansing his borough of Confederate statuary. Diaz, it seems, just ordered the removal of the busts of Robert E. Lee and Stonewall Jackson from the “historic Hall of Fame for Great Americans on the campus of Bronx Community College.” These statues, he contends, were intended as a “thinly veiled threat to the African-American populations in the communities where they were installed.” Diaz contrasts celebrations of Columbus and statues erected to honor this brave explorer to inappropriate tributes to slave-owners and the “leaders of seditious insurrection.” Although Columbus might have had a hand in the “shameful, vicious treatment of the people he came into contact with,” this must be “balanced” by all the good that Columbus epitomizes. He foreshadowed by his presence in the New World “the spirit of the Italian-Americans that have done much to shape this city and this nation—from giants like Fiorello LaGuardia and Joe Di Maggio and Mother Cabrini, to the laborer who built so much of this great city.”

As I read this tortured expression of political opportunism, two sentiments welled up inside of me: affection for Italian-Americans and irritation with American Southerners, who have shown surprisingly little interest in defending the heroes of their regional and ancestral history. Italian American political and civic leaders pulled out all stops defending the reputation of someone whom they consider to be the first Italian American. Catholic civic groups like the Knights of Columbus contributed to the effort to counteract the virtue-signalers and leftist Taliban, and in the end, impeccably PC politicians like Diaz and Governor Andrew Cuomo marched in the Columbus Day Parade, part of which I witnessed last Sunday in New York. Mayor de Blasio, who is going through the motions of considering whether Columbus’s statue in Columbus Circle should suffer the fate of Confederate monuments in New Orleans, was not well received by Italian Americans, as he tried to make himself inconspicuous in the parade. Every time he was sighted, Italian–American fans of Columbus booed the mayor loudly.

Never mind that the connection between these defenders of Columbus and the person they are defending is quite distant. Columbus was a Genoese, possibly descended from Sephardic Jews, who sailed under the Spanish flag to Central America. His defenders come almost entirely from the boot of the Italian peninsula, and many of their forefathers arrived here before a generic Italian identity had been established, at least in their minds. These immigrants were Sicilians, Neapolitans or Calabrians, and Apulians speaking regional dialects, rather than standard Tuscan Italian. But Columbus became their distant ancestor; and while they were discriminated against when they first came, these immigrants could always point back to Columbus as the first Italian American. Unfortunately some of the charges leveled against Columbus were true, e.g., that he helped enslave the native population of Hispaniola, and that the Spanish government that he represented brought wherever it went the Inquisition.

Not surprisingly, most of the Jewish settlers of the antebellum South, including the progenitors of the Confederate Secretary of State Judah Benjamin, were Sephardim who fled Spanish (or Portuguese) rule in the Old World or South America. Spain was expelling its Jewish population at the time Columbus arrived in the New World, and Spanish and Portuguese Jews later landed up in the American South, together with French Protestants who were fleeing religious persecution in France.

Although I am delighted to honor all the historic figures who were still honored in my youth, I doubt the Confederate heroes whom Borough President Diaz dissed are less worthy of our respect than Columbus. Unlike Columbus, Lee spoke out against slavery, freed his own slaves during the Civil War, and after this disastrous conflict stated that the abolition of slavery was the only good thing that had come out of all the blood-letting. Lee resigned his post in the Union army before becoming a Confederate officer and only took up arms against the North to protect his own state against invasion. Although Lee thought that states had a right to secede (I am not convinced they do not), he opposed Southern secession. Moreover, after the war he urged Southern cooperation in healing sectional strife. Unlike Diaz, I share the admiring views of Eisenhower, Kennedy and Churchill when it comes to Lee, who’s the American great I admire perhaps the most for his inherent nobility, dignity in defeat and reflections on constitutional government. Columbus was a brilliant, courageous navigator but not in my opinion of the same moral stature as Lee.

For all these reasons I am disappointed (appalled may be a better word) that most Southern whites have done so little to keep their Confederate memorial statues from being torn down by leftist politicians and Antifa mobs. Those who have stood by passively are in many cases the descendants of those who fought in the Confederate army. Most of this mass of the indifferent grew up looking at Confederate battle flags and statues of Lee as integral parts of the regional identity. One would have thought that Southern politicians, particularly the Republican ones who win with predominantly Southern white support, would have been leaned on sufficiently by their constituents to oppose the statue-wreckers.

It is doubtful that such actions would have enraged most Southern blacks. Despite the fact that the NAACP and the Democratic Party are screaming for the removal of Confederate memorial statues, 44% of blacks who have been polled are quite happy to leave the statues and plaques where they are. The reason the statues are going is that most Southern whites do not give a damn. Indeed already two years ago more than 70% of Southern whites polled favored the removal of the Confederate battle flag from public places. By the way, no one is suggesting (although it certainly wouldm’t bother me) that the former states of the Confederacy hold Lee, Jackson or Jeff Davis memorial parades, or anything like the tribute that I watched for Columbus in New York City. And no one is proposing that new statues be put up in honor of Confederate leaders and generals.  More relevant is why the dismantling and junking of Confederate statues has not elicited among Southerners the same fury that the attacks on Columbus did among Italian Americans.

There are several explanations that come to mind. I am especially swayed by the argument advanced in my book on multiculturalism, that WASPs are affected more than most other groups by the “politics of guilt.” Most Southern whites in all probability feel inwardly shamed by charges of racism that have been leveled against them. The politics of guilt now rages among white Protestant societies and has undoubtedly permeated the Southern white psyche, with help from public educators and the national media. There are of course other variables to be considered in the Southern case, most importantly the widespread commitment in this region to the American military and the GOP. Southern Republican politicians have generally been big on military engagements, filling their states with military bases and armaments and oozing American nationalism. Some loyalties drive out other ones, and it is hard to focus on the Southern heritage, if you are hell bent on sending American armies somewhere to fight for “democracy.” I for one would prefer keeping Southerners at home, decorating Confederate monuments and the graves of those who died for the Cause. 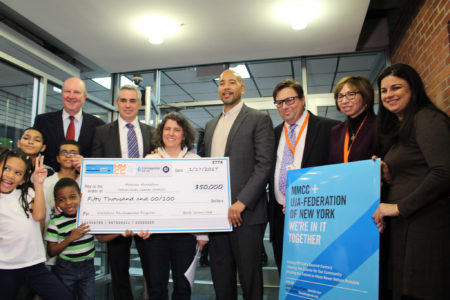