Hilda Siegel was born December 19, 1909, in Harlem, to Goldie and Yale Friedman.

Hilda moved with her parents to Bronx.

After graduating from George Washington High School, she worked in Manhattan as a bookkeeper.

In 1934, she married Phil Siegel, and had three children, a son, Irving, now 76, and twin daughters, Linda and Renee, now 71. Hilda has five grandchildren and seven great-grandchildren. She was married for 63 years before being widowed.

Hilda occasionally enjoys a corned-beef sandwich and hot dog. She has lived at Nesconset Nursing Home for the past 5 years. She celebrated her birthday playing bingo at her daughter Linda’s home surrounded by family. 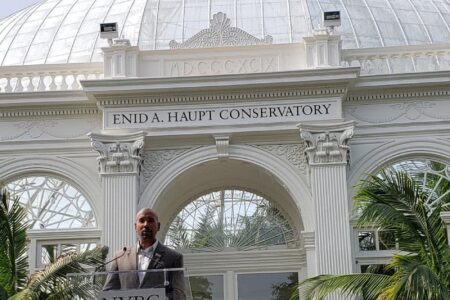