As it relates to the announcement titled Transit Advocates Award First Annual “Cozy Awards” To City’s Closest Bus Stops and published here, our reader David Kupferberg reached out and provided the following thoughts.

Bus Stop Spacing is a mindless implementation of standard practices by the MTA and NYCDOT without the consideration of the effects of their actions.
There is a big difference between the number of times that a bus stops along a route and the number of bus stops along a route. If a bus route has many bus stops, but only stops at a few of them, the elimination of bus stops has little, if any, effect on bus speed. Hence, there is little benefit to their elimination. Potential passengers, however, must walk further, on average, to reach a bus stop, increasing passenger travel time.

For proof that that there is no correlation between bus stop spacing, bus speed, and service reliability, one can look no further than the city of Philadelphia. The average distance between bus stops in this city is 500 feet. But in the Center City it is as close as 450 feet. Though bus service reliability is just as bad as in New York City, at approximately 75%, weekday bus speeds in Philadelphia are much faster. According to the Philadelphia Bus Network Choices Report, their bus service speed averages less than 12 mph, 50% faster than in New York City!

To determine where a bus stop should be located, one of the factors is the topography. After all, pockets of New York City, especially in the Bronx, are known to be hilly. In fact, the bus stops for the Bx11 in Highbridge are closely spaced, but they are well-utilized.

Bus service could be slow for many reasons. These include, but are not limited to, excessive double parking, blocked bus lanes, inadequate service levels causing excessive dwell time, and schedules that do not adequately reflect running times. It would be irresponsible and too simplistic to conclude that a bus route with very slow speeds and close stops should have some of its stops removed to speed service in the absence of analyzing other data. What matters more than the number of bus stops or the distance between them are the volume of those stops, boarding and exiting, and the impacts, positive and negative, of a stops’ removal.

Let us consider a bus stop with a combined total volume of 50 passengers boarding and exiting, and the bus route that utilizes the stop operates every five minutes for the four peak hours, every ten minutes for another eight hours, and every 20 minutes for the final four hours. This means that 108 trips pass that bus stop (48 + 48 +12) at an average of more than two passengers per trip. The result is an average of more than 25 trips, or more than one in four trips, that would stop at this stop. Therefore, a majority of trips would save no time if the stop was eliminated. Also, the time saved by the buses not stopping, i.e., a few seconds each for acceleration and deceleration, would be negligible. And, if there are half-dozen adjacent lightly utilized bus stops, the elimination of some stops could result in a bus stopping at Stop A instead of Stop B, saving no in-route travel time. The only meaningful effect of the elimination is that 50 passengers daily now have a longer walk to or from a bus stop.

The best bus stop candidates to be considered for elimination are moderately-utilized stops that are very close together. The elimination of those bus stops would reduce passenger travel time, because most buses would make fewer stops, and dwell time would not significantly increase at the remaining stops. The only realistic benefit of the elimination of a bus stop would be the increase of the number of available parking spaces, assuming that there is no fire hydrant at the bus stop.

Bus Stop Spacing has demonstrated that the MTA and NYCDOT are only concerned about bus travel time, not passenger travel time. They are pretending that they will make “improvements” and “speed travel”. It is dishonest and wrong. They cannot be trusted. 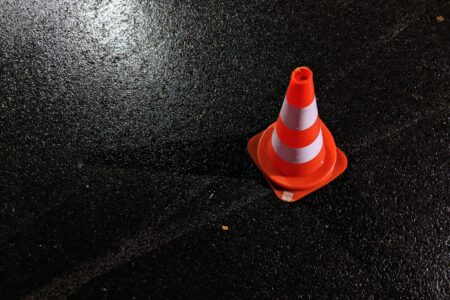