“It’s very simple. They (the Bank of Japan) can buy long-term government securities, and they can keep buying them and providing high-powered money until the high powered money starts getting the economy in an expansion. What Japan needs is a more expansive domestic monetary policy.”

–Milton Friedman, advice first given to the Bank of Japan in 2000

“No recovery without structural reform.”

“Japan’s unfolding recovery is real because firms have finally stopped paying down debt, and have begun to borrow again for the first time in more than a decade.”

You cannot destroy your currency, prop up your stock market, set an inflation target more than 2 percent above the negative level where it is now and expect your bond market to remain stable all at the same time. Especially when your gross general government debt/GDP is on the order of 240 percent of GDP. But tha is what the new economic policy of Japanese Prime Minister Shinzo Abe with its aggressive quantitative easing and fiscal stimulus is trying to do. The markets are rendering their thumbs down verdict as I write. Or perhaps the verdict is simply “confused.”

The trashing of the yen via quantitative easing and an expansive fiscal policy is quite correctly viewed by Asian competitors like South Korea as a “beggar thy neighbor” policy. Of course, the US is not going to complain since the US is following its own quantitative easing  approach. The Japanese stock market at first reacted positively. As legendary GM boss Charlie Wilson might have said, what is good for Toyota must be good for the nation. But now the stock market is having second thoughts. In my view cheapening the exchange rate to give exporters an edge is the wrong kind of structural “reform.”

Japanese Government Bonds (JGBs) have taken it on the chin since the introduction of Abenomics. JGB yields, though still low by world standards, have doubled since the Abe program was announced. Given the government’s debt burden, the introduction of a massive quantitative easing program and the promotion of currency weakness constitute “playing with fire” by the Abe government. Remember that Japan, as aging society with a declining population, faces a tsunami of old age payments in the coming years.

Quantitative easing, with Milton Friedman one of its enthusiasts, has been tried in Japan particularly over 2005-6. The general conclusion had been, at least until Shinzo Abe resurfaced as prime minister, that QE did not do much. So why now?

The Japanese Balance Sheet Recession – Is It Finally Over?

Economic historians will in my opinion classify the work of Richard Koo, Chief Economist at Nomura Research, as one of the more perceptive analyses of the Japanese economic funk starting in 1990. Koo’s work, which by the way is consistent with conclusions reached by Gary Shilling and Kenneth Rogoff and Carmen Reinhart, concludes that Japan has suffered from a “balance sheet recession.” Japanese stock and real estate prices were products of an enormous bubble that peaked in 1990. The resultant horrendous asset deflation, totaling  three years’ worth of GDP according to Koo, rendered Japanese corporations and individuals deeply insolvent. Since 1990 Japanese corporations have not been maximizing profit but rather minimizing what were high debt loads. Japanese corporations and consumers have been net savers in this circumstance and quantitative easing was a completely useless exercise. In a separate point which economists might debate, Koo believes the high level of government borrowing substituted for the greatly weakened consumer and corporate demand and prevented Japan from entering a catastrophic depression.

But nothing lasts forever including balance sheet recessions. In his 2011 book Koo refers to Japan’s “unfolding recovery” and seems to suggest that the Japanese debt minimization process and the balance sheet recession may have been near its end. It is now 2013 and 23 years since 1990 and two more years since Koo wrote this. If the economy is coming back on its own, why the need for more stimulus now?

The Japanese economy in recent years has been subjected to a number of exogenous shocks, that with one exception are not the fault of its government and cannot be offset by monetary and fiscal easing. These events should not be intellectually conflated with the balance sheet recession. Remember Japan is an export economy very much dependent on events in the rest of the world. If the rest of the world is in recession or something close to it, this is a negative for Japan not under its control. Here is a list of recent exogenous shocks to the Japanese economy:

It should be kept in mind that Japan’s unemployment rate is only 4.1 percent. Its rate of GDP/capita growth, after allowing for deflation and the decline in population, in recent years might even be superior to that of the US. Anyone visiting Japan does not see a country mired in poverty or civil unrest.

Had Japan experienced a more favorable external environment and assuming the balance sheet recession is largely behind it, would not real GDP/capita  growth of the last two years have been stronger? So why the panic stimulus program?

Come to think of it. Is Japanese deflation a natural product of declining population and ever increasing global technological productivity?

Structural Reform Is What is Now Needed

Japan can be characterized as an advanced but stagnant society with a huge demographic problem. It would be easy to simply dismiss the Japanese government debt situation as hopeless and simply assume that its legion of retirees and its bondholders (ultimately the same people) will eventually get defaulted on in one way or the other by the Japanese government. In some ways Sony is a symbol of this stagnant Japan. Once the Apple of its day, the electronics part of Sony at least seems to have lost its way in the rigidities of Japanese labor practices and lack of originality.

But hopeless may be too strong. What could save Japan is growth. Koo argues that massive government borrowing is what saved Japan from economic catastrophe. Fine. But the borrowing cannot go on forever. Faster growth will be needed. Japan’s population is hard working and highly educated. Technology is accelerating globally. But it is those corporations and entities which are fully subjected to the discipline of global competition and openness which benefit most from technology’s acceleration. Can the protectionist, rigid, government directed Japanese economy – sometimes classified as an example of the East Asian Economic Model – be reformed?

The so called “third arrow” of Mr. Abe’s economic policy is structural reform. But can he pull it off? Or, does he mean it? We have heard this before with Japanese prime ministers. With the exception of Junichiro Koizumi, no post-war Japanese prime minister has been able or willing to carry out any serious reforms which would untie the knots that have crippled the Japanese economy in recent times. Of course there are those who will argue that structural reforms that increase productivity are deflationary. But this is “good” deflation. Common sense dictates that anything that improves productivity and enhances output must be good. Japan should embrace productivity improvements and good deflation.

Economists who can think outside the demand management box have been writing about needed Japanese structural reforms for years. A recent Wall Street Journal article (05/17/13) summarizes some of these nicely. Here is a list of some needed structural reforms:

Eliminate protectionism – The Japanese economy is sheltered by a host of tariff and non-tariff barriers, among the most extensive in the world.  Mr. Abe says he wants Japan to participate in the Trans-Pacific Partnership free trade negotiations. Good start. But will anything really come of this? The major Japanese corporations are world class. But they are harmed by the fencing off of their domestic market. The failure of Japanese manufacturers to participate in the global 3G telecommunications markets is an example. The Japanese corporations sat back with their non-compatible domestic standard captive market. The Japanese corporations don’t need a beggar thy neighbor boost from a trashed exchange rate. They need to have to fight for their home market.

Eliminate coddling of the rural sector – According to the WSJ, in 2010 Japanese farmers “added 4.6 trillion yen ($45 billion) in value and consumed 4.6 trillion yen in subsidies, meaning the industry netted out to zero.” The average Japanese farmer is 66 years old and tills 1.9 hectares of land. Tariffs of Himalayan proportions protect the Japanese rural sector from foreign imports. You do not have to read Adam Smith and David Ricardo to come to the common sense conclusion that this situation is an economic disaster. Unfortunately the rural sector is overrepresented in the Diet and a bulwark of the ruling Liberal Democratic Party. You have to wonder if agricultural reform will have to wait until the last geriatric farmer buys the farm. (US slang, definition “to die”).

Reform land use taxes and practices – High capital gains taxes and a morass of zoning and other regulations in the opinion of many observers have created artificial land scarcities and a dysfunctional real estate market.

Liberalize the retail market — By regulation and tradition Japan’s retail economy is a collection of inefficient mom and pop retail stores.

Reform the educational system – Openness, critical thinking, technological literacy, dominance of English – these are what a modern knowledge society needs.

Turn the nuclear power plants back on – Before the tsunami and Fukishima, nuclear energy provided some 30% of Japanese needs. The bulk of Japan’s energy needs must be imported. A persistent current account deficit would be fatal for Japan with all its debt. Fukishima was a traumatic accident and I do not mean to underplay this. But so far there have been no direct deaths due to radiation. One might guess that Fukishima itself has brought about significant improvements in Japanese nuclear safety. Let the Germans waste their money on green alternatives and energy imports.

Will the structural reforms be enacted? Near term I am doubtful. Japan is a very conservative country and historically great changes have not happened often. The protectionist, government directed East Asian Economic Model is embedded in Japanese cultural DNA. But Japan has made major changes in the past. The ending of the Tokugawa Shogunate in 1868 with the turn to modernization and relative openness internationally is one example of where Japan was able to sense major threats and to change voluntarily. The defeat of WWII and the American occupation and imposed constitution also brought about great change. But unfortunately it took a disaster to produce that change.

The problem is Japan is not really in crisis today. Suboptimal economic performance isn’t a great crisis. Affluent stagnation does not produce change. 4.1% unemployment rates do not produce revolutions. If Apple and Samsung  and not Sony own the smartphone and tablet market, that’s life.

Will Abenomics bring about the collapse of the Japanese bond market and will that be the catalyst that overthrows Japan’s East Asian Economic Model Shogunate? Possibly. Then the country may owe Abe a debt of sorts. But he will not get a statue erected in his honor for that. Because there had to be a better way.

Japan The Mystery Country – It May Be Better Than It Looks 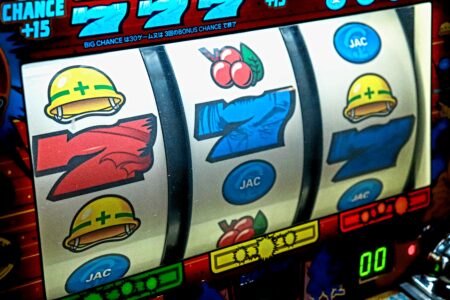 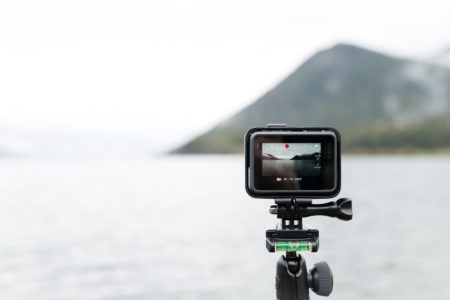