Mayor Michael Bloomberg, Councilman Eric Gioia (D-Queens) and other elected officials announced last week the $100 million acquisition of 30 acres of land for affordable housing at Hunters Point South in Long Island City. The site will eventually include 5,000 units of housing, of which 60% will be affordable to moderate and medium income families.

“We would not be here if it were not for Eric Gioia and his hard work in getting this done – and I want to congratulate him,” said Mayor Bloomberg. “Creating jobs and affordable housing for the City’s middle income families is a critical component of our Five Borough Economic Opportunity Plan and today’s announcement allows us to make great progress on both those fronts. With the acquisition of the site and the start of the design work, we are setting the stage for the largest investment in permanently affordable housing for our police officers, nurses, teachers and public employees and other middle income New Yorkers.”

“Today we’re not just talking about how to keep New York affordable, we’re taking a concrete step forward in creating thousands of units of housing for moderate and middle-income New Yorkers,” said Councilman Gioia. “A cop married to a school teacher ought to be able to live in New York City, and so should a maintenance worker or a crossing guard. We need affordable neighborhoods where families can put down roots, with options for homeownership.  Hunters Point South will be a model in revitalizing the waterfront and rebuilding the middle class.”

The Hunters Point South Development will also include 11 acres of waterfront parkland, new shops and community spaces. Additionally, there will be a much needed 1,100 seat high school for Long Island City.  The development is expected to help catalyze more than $2 billion in private investments and help create more that 4,500 jobs. The first phase of construction will begin in the fall.

Rising costs of housing have forced many families to leave New York City.  A 2006 study by the Brookings Institute found that New York has the smallest proportion of middle-class families of any metropolitan area in the country.

The lack of affordable housing creates enormous pressure on New Yorkers.  In 2000, 36.7% of New Yorkers lived in units that were deemed unaffordable, meaning the family spends more than 30% of its income on housing. By 2006, that number had jumped to 46%. Recent studies have shown that 28% of New York households who rent spend more than 50% of their income on rent, preventing families from saving money, and forcing them to live month to month and paycheck to paycheck – a situation that is highly tenuous and unstable for families. Additionally, 71.9% of the New Yorkers who live in an unaffordable situation are deemed by the city as low-income, further creating a cycle of poverty. 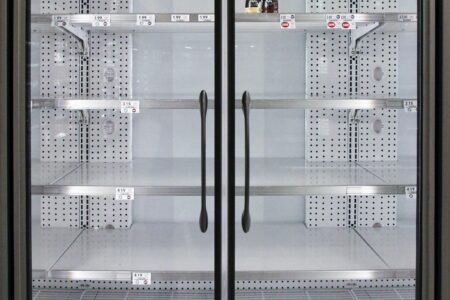 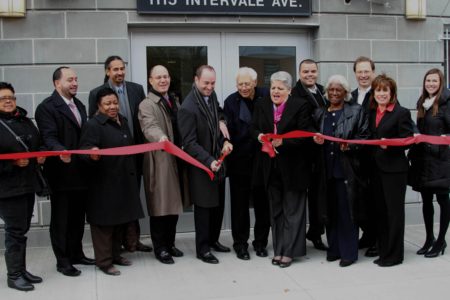