New York City is still reeling from the CoViD-19 pandemic that claimed the lives of more than 25,000 New Yorkers, an economic crisis that shuttered more 2,800 small businesses at its height with a third more currently at risk of closure, and mass unemployment that has left nearly half a million people without work.

With new leadership on the horizon in Washington, Comptroller Stringer outlined New York City’s need for both an immediate equitable recovery and to address the numerous challenges that have cumulated over the past four years and longer – including support for the city’s ongoing CoViD-19 response, transportation, public housing, education, health care, child care and paid family leave, affordable housing and more.

The next stimulus package must address the economic realities faced by state and local governments, which collectively face a revenue shortfall of $467 billion over three years, according to Brookings Institution estimates. New York City has committed nearly $5.5 billion to fight CoViD, while suffering a $7.5 billion revenue shortfall. New York State faces an $8.7 billion shortfall next year, and the threat of local aid cuts hangs over all New York State local governments. Without assistance from the federal government, New York City faces the prospect of having to cut crucial services and potentially lay off municipal workers.  In addition, the next stimulus package should include:

Food insecurity is not new in our country but the pandemic has exacerbated the need to crisis levels. Before CoViD-19, there were more than 25 million people, including 11 million children, living in food insecure households in our country. According to data from Feeding America, those numbers may now be as high as 50 million households including 17 million children.

The transit aid included in the stimulus bill passed last month, which included $4 billion for the Metropolitan Transportation Authority (MTA), provides a down payment on the Authority’s needs. Without further federal support, the MTA could be forced into drastic cutbacks that could paralyze the nation’s largest public transit network. Ridership and farebox revenue have plummeted at the MTA, creating a $16 billion deficit. A hobbled MTA would profoundly damage the environment, quality of life for commuters, and above all the economic recovery of the nation’s largest city.

More than three-quarters of New York City Housing Authority (NYCHA) residential buildings are more than 40 years old, yet federal capital funding to NYCHA continuously declined from 2001 through 2013, resulting in a cumulative funding loss of more than $1 billion. As support fell, NYCHA’s unmet capital needs for its 2,371 residential buildings ballooned to more than $40 billion, including faulty boilers and ventilation systems, broken elevators, and leaking roofs. If it remains unaddressed, it is estimated to rise to nearly $68 billion in the next decade. NYCHA residents routinely suffer through heat and hot water outages and wait months for basic repairs. It is time for the federal government to meet its capital obligations to public housing and fully fund the outstanding capital needs as part of a new infrastructure bill.

Since March, Black and Hispanic New Yorkers have been hospitalized and lost their lives at twice the rate of white residents. These disparities are the result of structural inequities in access to care and socioeconomic and environmental conditions that expose low income communities of color to greater health risks. In 2010, the Obama-Biden administration drastically expanded access to care through the Affordable Care Act (ACA), resulting in nearly 20 million more people insured through 2016. While the Trump administration used every regulatory, administrative, legal and policy tool to attack the law, the new administration has the opportunity to address health care inequities by bolstering and expanding the ACA.

The closure of schools and child care programs across the country has had a devastating impact on children and their families. Children are losing precious time to socialize, learn and grow, while parents – largely mothers – are being forced out of the workforce. Since February, 4.4 million American workers have dropped out of the labor force; about 60% of them are women. Congress must act to adopt universal child care and paid leave.

To reverse the economic disruption caused by CoViD-19, our country requires a robust and sustainable stimulus package that can build out the infrastructure that undergirds a 21st century economy. A stimulus package that focuses on infrastructure can create good, union jobs that put Americans to work, inject billions into local economies, and fix our crumbling roads and bridges, electrical grid, and transit systems and expand broadband access to all communities. Investing in infrastructure will benefit our economy right now and for decades to come.

After four years of tax cuts and loopholes for corporations and the wealthiest taxpayers, it is time to restore fairness to the federal tax code.

In the years leading up to the CoViD-19 pandemic, cities like New York have suffered from an affordable housing crisis. Nearly 565,000 New York households pay over half of their income for rent, are severely overcrowded, or have been in homeless shelters for over a year. Without serious public investment, we know where the new eviction crisis will strike and how devastating it will be for predominantly low income neighborhoods of color still reeling from the virus. We need a federal response that restores protections lost under the Trump administration and goes further to address long-standing inequities in housing and community development.

The CoViD-19 pandemic laid bare deep inequities in our education system. Additionally, with the economic crisis, schools that depend on Title I funding will be facing increased budget strains for years to come. Support must be provided to students experiencing homelessness and students with disabilities, while enhancing afterschool or summer programming for low income youth.

The full text of the letter can be found here. 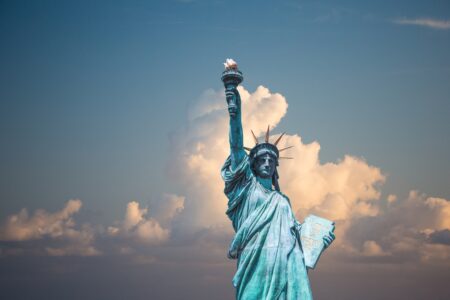 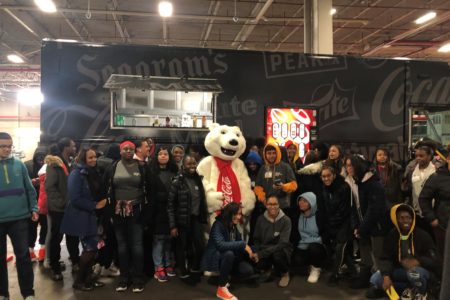