Home / News / Crime & Punishment / Thank You So Much, Mr. President

You should know that after two years of imprisonment; American Pastor, The Rev. Andrew Brunson has been finally released from a Turkish prison.

Rev. Andrew Brunson is an Evangelical Christian pastor whose ministry led him to the country of Turkey where he has been living for the past 22 years. He has been preaching, and serving the needs of the poor and the disadvantaged in that region.

Pastor Brunson, for the love of the Turkish people and his loyalty to faith and God, left the comfort, freedom, and privileges of America to answer and abide by God’s calling to help those less fortunate.

Two years ago, on October 2016, he was arrested and charged with terrorism and working with Turkish rebels in an attempted military coup. Rev. Brunson if convicted would be facing up to 35 years in a Turkish prison.

It is important for you to know that Christians have been and are suffering persecution, enslavement, and being ostracized by many nations around the world. Even here at home in New York State, Christians are not immune to the darts and diatribes launched by people in high positions.

I remember it well when our own Governor, Andrew Cuomo, showed zero tolerance or concern when he made a despicable, offensive statement (regarding Conservative Christians). He said that there is no room for people like us in New York and that we should all leave the state. Why? For our faith values regarding pro-life and marriage issues. Yet the Left constantly lectures us about tolerance. In turn the governor tells us to leave the State.

To all of you, my dear readers, you should know that our conservative views are rooted in biblical teachings and they coincide with Americanism. We believe that all men are created equal and that they are endowed by our creator with certain “unalienable rights” those rights are life, liberty, and the pursuit of happiness. This means that our freedoms come from God (our creator) and not from men. We believe in traditional marriage as ordained by God, and we believe in protecting the life of the unborn. As a result, the intolerance against Christians and people of faith is evident, and has led us to be mocked, suffer insults and persecution of many Christians world wide.

There are countries where Christians are burned alive, tortured, and imprisoned for years just for teaching the gospels and or simply worshiping Jesus Christ. Many governments resort to trumped up allegations leading to imprisonment in an effort to silence the mouths of Christians.

Apparently, this was the case of Pastor Rev. Andrew Brunson when he was charged, Rev. Brunson expressed the following: “I am innocent. I love Jesus and I love Turkey.”

I cannot personally recall any person of prominence, ever coming to the defense of Christian Conservatives. Hillary Clinton put us in the “basket of deplorables”. Just recently for speaking my mind and expressing my beliefs, The New York City Council decided to open up an investigation against me.

But now praise be to God! President Donald J. Trump has come in defense of the Christian Evangelical wrongly imprisoned. As the leader of the free world, President Trump has confronted the Turkish government and has worked arduously, getting involved to demand and obtained the release of a fellow brother in Christ, the Rev. Andrew Brunson.

This is a big deal to us not only as Americans, but as Christians. It demonstrates the support and defense for religious liberty, but it also sends a very strong signal here at home and to the nations around the world that the, false accusations, persecutions, religious genocide, and religious discrimination against Christians is unacceptable and will not be tolerated.

If we are going to be lectured about tolerance, then Christians must be tolerated. Religious freedom and its free exercise shall not to be impeded by government, as stipulated in the first amendment of the U.S. Constitution. Freedom of religion and freedom of its expression is part of the American Fabric and American traditions.

So, on behalf of the one hundred and fifty (150) members of The New York Hispanic Clergy Organization, which I proudly preside over, we exuberantly take this opportunity to say thank you Mr. President Donald J. Trump. God Bless You! God bless Pastor Brunson, and God Bless the United States of American.

I am New York City Councilman Rev. Rubén Diaz and this is what you should know. 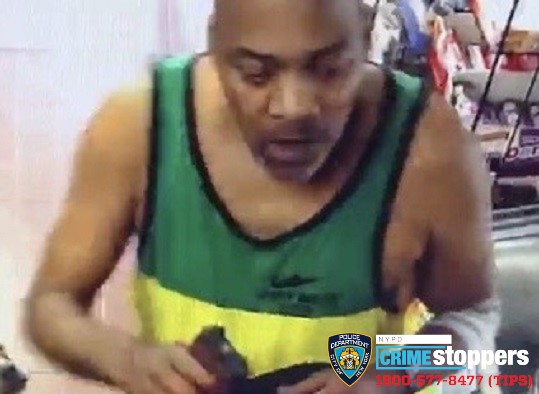