Just over a century ago, when William Howard Taft was president and I was a young woman, an entrepreneur named Thomas Aldwell started building a dam in the Northwest woods of the Olympic peninsula in Washington.

The 108 foot-high Elwha dam became an early hydroelectric powerhouse, helping to fuel population and industrial growth related to activities as varied as forestry and ship-building.

Over the following decades more hydro-dams in the West were built. Mega-dams like Grand Coulee and Boulder rose across rivers, and the cost for electricity to users dropped sharply.

After our original investment in construction, many dams have operated at modest cost and generated electricity while also helping to control flooding that used to routinely threaten cities like Portland, Oregon. Some rivers, such as the lower Snake and Columbia, have also been transformed into bodies of slack-water connected by locks that allow ocean-going barges to ship goods far inland from the sea.

And now we’re pivoting around another corner in history, marking it by turning off the turbines at the Elwha Dam and a slightly younger sister facility on the same river. The two dams were taken off-line this summer as the first step toward their demolition. Over the next three years at a cost north of $300 million, a construction firm will remove the dams, restoring the free-flow of the Elwha River.

Prior to having dams thrown across it, the Elwha River was home to rich salmon runs. But because the dams had no fish ladders, they cut off streams in and near Olympic National Park from the annual migration of fish moving inland from the sea. Local tribal members have long supported removing the dams as the first step toward restoring the fish runs, a central part of their cultural traditions.

The federal government actually agreed to remove the Elwha River dams back in 1992, but political supporters of the dams blocked appropriations for removal over nearly 20 years. Now the money has been authorized and the work of breaching the dams started in September.

The story of the Elwha dams matters to us all because, as we start to step back from hydroelectric power, we will increase our reliance on other energy sources.

About half our national appetite for electricity has been satisfied by burning coal. Coal gives us cheap energy, but most people don’t want to use more coal to generate electricity because of its environmental impacts.

In recent years, we have built many new power plants that burn natural gas. But some people argue we should save our natural gas to meet more of our transportation needs, as well as to economically supply gas to consumers who rely on it for home heating and cooking.

About a fifth of our national electricity is generated by nuclear reactors. Our civilian nuclear power plants have a good safety record stretching over many decades, but after events in Japan earlier this year, many Americans are wary of nukes and likely will not support building new ones.

While we have seen sharp growth in wind power in recent years, the total electricity delivered by wind is small. Some citizens do not want windmills near them due to what they term noise and visual pollution.

But it is a simple fact that our homes, offices, stores and manufacturing plants are all fueled by electricity. That is the case because electricity is the miraculously flexible energy that can either heat or cool a space, as well as run devices as varied as a computer or a washing machine. Soon electricity may power your cousin’s commute to work.

Life is about tradeoffs. We Americans decide what we are willing to exchange for what when it comes to creating the energy on which we all depend. We can remove dams in the West, and in some places we will help salmon runs if we do. But we can’t usefully address our energy needs if all we do is say no to our various power sources.

The time for a good public discussion of the evolving landscape for electricity is past due.

Doing More With Less On The Road 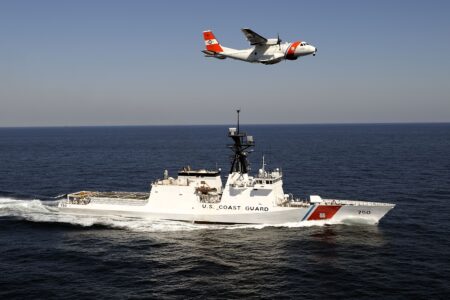 Happy Birthday To The U.S. Coast Guard & Thank You For Your 230 Years Of Service