Seizing resources from entrepreneurs and redistributing it politically is the death of creativity.

As the Industrial Age is drawing to a close, we are witnessing the dawn of an era of biological design. Humankind is about to enter a new phase of evolution.

Like Pavlov’s dogs, the bond and stocks markets have been trained to go down at the very hint of tapering of quantitative easing and to rise in jubilation when taper is taken off the table.

I don’t get it. As I see it, quantitative easing is a tax, plain and simple. It is therefore contractionary. The government in the form of the Federal Reserve simply prints high powered money and buys mostly government or government guaranteed debt thus funding the government. This QE funding should be added to the government’s sources of funds along with taxes and borrowing from the private sector and foreigners of various stripes. The government via quantitative easing appropriates (expropriates) wealth from the economy as a whole. This is a tax on the economy. Nobody gets a bill from the IRS but it amounts to government diversion (theft) of the economy’s resources. As I see it, this is diverting funds into less productive government uses. After the experience of the last few years, nobody with a straight face can extol the virtues of government spending multipliers. QE is resources diverted from the more efficient private sector. If QE is not illegal, it should be. Tapering and removal of QE should make the stock markets go up.

Monetarists worry that QE will pump up the money supply and cause inflation. But that has not happened thus far. The QE high powered money has just sat in the banking system as excess reserves. The monetary base/Mx(choose your M) multipliers have collapsed. The monetarist fear of course is that one day the economy will finally get into high gear and the base multipliers will reexpand to their old values. If the Fed doesn’t remove the excess reserves, then we will have inflation. But not now.

I do not see serious tapering happening in the near future. The government has become addicted to QE for its financing. And thanks to the government shutdown disgrace, the macro numbers for 4Q 2013 will not look pretty. The Federal Reserve, the Administration and the financial markets all believe QE is necessary for economic recovery. The nomination of Janet Yellen will reinforce this view and will heighten the QE disaster. Only a few outliers – like me – think QE is having the opposite effect. That it is a drag on the economy.

Investors Beware – the Government Is Not Your Friend

In my book (with contributor Michael C.S. Wong) Investing in the Age of Sovereign Defaults, I argued that democracies have a special vulnerability towards populism and fiscal irresponsibility. The lower and more populous elements of society will try to get from the political process what they cannot get competing in the market. Over the last hundred years or so, democratic governments have become more indebted and have volunteered to provide more and more entitlements. So now the governments are desperate for money. And who has the money? The evil rich of course. And of course it is investors who are the rich. And the definition of “rich” is a very expansive one as the government needs lots of money. I sometimes joke that in New York anyone who qualifies for EasyPass qualifies as rich. (EasyPass is an automated automotive toll system).

I notice that former Reagan Budget Director David Stockman is now advocated a thirty percent wealth tax on all rich Americans. Stockman, who knows all the numbers but has zero faith in American enterprise, represents the dark side of the force. I cannot think of anything more destructive of the American economy than this. (Except perhaps QE.) But I am not surprised that someone has made this proposal.

Going forward, there are two factors that will make governments more hostile to investors. First as I will talk about in the next section, technology is accelerating at an accelerating rate. This can be America’s salvation but technology’s acceleration along with globalization (which is made possible by accelerating technology) rewards the winners, the intelligent and educated and in general capital over labor. The income gap is widening because of technological acceleration even if overall everyone is better off. The “underperformers” – and they may be in the majority – are not going to take this lying down. They are demanding their politicians do something. Taxing “rich” investors is one obvious solution.

The second factor is that the underperformers are not randomly distributed in the American population. Some ethnic/ racial groups have performed in an economic and education sense at much higher levels than others. So in the United States, income distribution takes on racial/ethnic dimension. Although this is not always true, the rich investors generally do not look like the underperformers. I find when I am interviewed on the radio or TV in the US that nobody wants to go near this subject. OK, let’s talk about some other countries that won’t get Americans upset. For example, India where, under the vaunted Indian democracy, redistributionist caste politics favoring the numerically more numerous lower castes are tying a weight around the neck of the Indian economy. Or go to democratic Malaysia where the politically dominant Malay group overtly discriminates by law against the more educationally and commercially advanced Chinese. With the result that talented Chinese are leaving Malaysia. In the 1950s, the Chinese population, which was close to 50% of the total population of what was to become Malaysia, has now dropped to 25%. I could go on. There are similar racial/ethnic differences in education and income in a number of other democracies notably South Africa and Brazil. (Homogeneous Japan and Korea and almost homogeneous China do not have this problem.) There’s nothing exceptional about the US democracy having an ethnic/racial complication regarding income distribution and Americans need to face this fact.

Technology is accelerating at an accelerating rate. This is a Ray Kurzweil line. Kurzweil has been saying this for years as such forecasts as Moore’s Law have turned out to be dead right. (Moore’s Law predicts the number of transistors on a chip will double every two years. They have.) Software, information technology, robotics, biotechnology, nanotechnology, 3D printing, energy technology, big data—it is all happening at a pace never seen before in human history. Robert Gordon’s argument that innovation has slowed down is in my opinion dead wrong. The top scientist/futurologists like Kurzweil, Venter, Gilder, Gordon Moore himself, all tell us we are at the cusp of quantum leaps in technology. Kurzweil and Venter even talk about humans entering a new phase of evolution (although they do not seem to have the same vision of the new phase).

I think technological acceleration is the greatest argument for being a long run bull on common stocks that anyone could come up with. Certainly there will be bubbles and crashes along the way and many new technologies that will turn out to be dead ends. And as I have argued, investors have to worry about hostile, bankrupt governments and the possibility of an unstable currency in the future. But the tech trend is in place and unstoppable.

Most investors don’t have the expertise or the inside information of venture capitalists. The old Peter Lynch adage “just buy stocks of companies whose business you know” is too limiting in this brave new world of tech acceleration. But investors can buy tech mutual funds and ETFs. Or, as I have argued, they do not really have to own tech stocks to be “long” technology. All major corporations, particularly the larger global companies, are beneficiaries of accelerating technology and globalization. Globalization and global corporations are only possible because of the acceleration of technology. Global companies with dynamic managements and global brands are today’s stock market winners.

Logically global banks should fit this thesis. Major global banks are major consumers of IT and software technology. Just look at the customer base of the Indian software companies and see how important banks are to them. But banks have been targeted by American regulators as a source of funds and are being inundated in a sea of regulations. The recent “regulatory looting” of JP Morgan Chase is an example. It has been suggested by regulators that big banks are too big and should be broken up. I do not know exactly what they mean by that. If it is reimposing some version of Glass Steagall that is one thing. That may even be a good idea. But I do not see the difference between a Citibank and a Starbucks. They both have global brands. It makes sense for a Citi to have a global presence. I can stop in at Citibank or Starbucks whether I am on Park Avenue in New York or Orchid Road in Singapore. And technology makes it possible. But thanks to the regulatory risk I would say be careful with American banks and banks with a significant presence in the US.

Venezuelan President Sees Many Plots To Kill Him

The Dismal Outlook For 2014 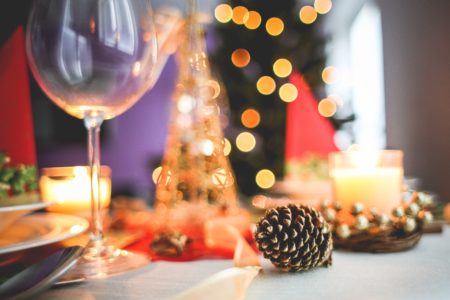