The Legal Aid Society today urged the State of New York, the City of New York, and applicable regulators to prohibit the use of phenotyping, or the testing of forensic DNA for the purpose of determining physical attributes, and genetic genealogy, following an announcement today by the New York State Department of Health (DOH) that two out-of-State laboratories will be performing this testing in the State. This announcement was made at a meeting of the New York State Commission on Forensic Science this morning.

Last month, the controversial Virginia private laboratory Parabon, Inc., announced that the DOH had granted it permission to perform a suite of DNA testing that the company calls “Snapshot.” This technology includes phenotyping, or the testing of forensic DNA for the purpose of determining physical attributes, and genetic genealogy. In addition, the DOH approved a second company, Bode Cellmark, to perform genetic genealogy.

Phenotyping is the subject of serious controversy. Scientists believe that it is too new of a technology to be reliably used in forensics. Critics has pointed out, in particular, that phenotyping can be racially biased, and is not reliable for skin color. Parabon’s use of this method has come under even more scrutiny, however, because Parabon refuses to release its internal studies that would show the degree its use of phenotyping techniques are reliable, if at all.     Meanwhile, the use of this technology raises serious legal and ethical concerns. For example, since it does not accurately predict skin color, it could lead police to wrongly target Black people more than whites. And since people present physical traits differently than what is in their DNA, phenotyping could mis-gender people or fail to identify physical disabilities. Most of the privacy and Fourth Amendment law surrounding DNA testing relies on forensic DNA not revealing physical traits; phenotyping turns this law on its head.

Parabon also refuses to disclose how many wrongful arrests or prosecutions it has caused through its methods. Instead, the company claims that data is confidential. The DOH has not released any public information about what materials it reviewed as part of its approval process.   At the meeting today, a representative from the DOH confirmed that Parabon will be used for skin color testing, as well as other features. The representative also confirmed that the underlying methodology will not be disclosed to the public, claiming it is “proprietary” to the company.  Members of the Commission closely questioned the DOH representative about the limits of the technology, and its underlying validity. However, this questioning was cut short after Forensic Science Commissioner Mike Green pointed out that, under current law, the DOH, not the Commission, has sole authority to approve forensic testing by out-of-State private labs.

In addition to phenotyping, “genetic genealogy” is also part of Parabon’s “Snapshot” suite. Genetic genealogy searches are designed to identify and create family trees for potential criminal suspects in the hopes of finding a crime scene “match.” While genetic geneology has resulted in some high profile arrests, it also has led to wrongful prosecutions and is criticized as invasive and racially-biased. Even the current Department of Justice has urged restraint on law enforcement’s use of genetic genealogy.

The approval of Parabon did not follow the typical procedure for new forensic testing methods in New York State. Typically, new forensic testing must be reviewed and approved by the New York State Commission on Forensic Science. As part of that approval, scientists from across New York, as well as prosecutors and defenders, review and debate whether the technology in question is reliable, effective, and can be used fairly in criminal cases. But, according to New York law, this procedure only applies to public laboratories operating in New York State. Since Parabon is an out-of-State, private laboratory, it was able to sidestep the Forensic Commission. Instead of following that more rigorous route, Parabon was reviewed by representatives from the New York State Department of Health. DOH representatives, while trained in medical testing safety, are not forensic practitioners. This procedure is especially problematic give Parabon’s overall lack of transparency.

Terri Rosenblatt, Supervising Attorney of The Legal Aid Society’s DNA Unit, said, “Handing the New York City Police Department a technology that claims to predict skin color based on DNA, but is actually known to be unreliable is beyond irresponsible and unfair. It is dangerous and will only lead to more wrongful arrests and less community trust. Parabon should not be allowed to operate in New York at all, but certainly not through the secretive process used by the State Department of Health. Citizens should have a say in this dystopian technique before it comes for them or their families.”

The Legal Aid Society does not know whether Parabon’s technologies will ever be used on the 87,000 DNA samples currently housed in the City’s unregulated rogue DNA index. However, the lack of regulation of that DNA databank, combined with the loophole-ridden approval process, raises serious concerns about the future uses of Parabon’s technologies on New Yorkers who have not been convicted of any crimes. 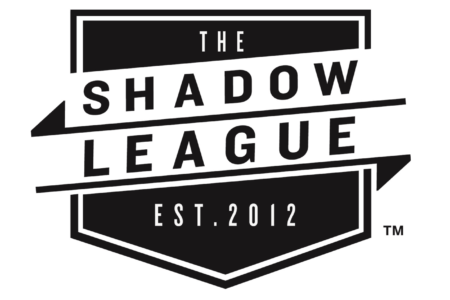