The defendants were the center of a nationwide fraudulent scheme targeted by the Attorney General’s Operation Bottomfeeder. They were primary fundraisers for a number of sham charities that have been the subject of prior Operation Bottomfeeder actions. Some of the charities were also subjects of actions by other law enforcement agencies. These charities claimed to use consumers’ donations to help homeless veterans, retired and disabled law enforcement officers, breast cancer survivors, and others in need. However, the organizations spent almost none of the donations on the promised activities. In fact, as much as 90 percent of the money raised by the operation went to the defendants themselves as payment for their fundraising services.

“It is critically important that donors are able to trust that their contributions are being used as they intended, and not to line the pockets of individuals who exploit the generosity of others,” said Attorney General James. “My office will continue to work with partners such as the FTC and other states to protect donors and legitimate charitable entities.”

Today’s settlement, reached in collaboration with the Federal Trade Commission (FTC) and the attorneys general of Minnesota, New Jersey, and Virginia will permanently prohibit the defendants from participating in any charity fundraising and from deceiving consumers in any other fundraising effort, including for political action committees (PACs). In addition, the defendants will be subject to significant monetary judgements and required to surrender assets. All funds surrendered will be paid to the state of New York, which will contribute the funds to legitimate charities that perform services that mirror those promised by the sham charities. The settlement orders are subject to approval by Judge Mary Kay Vyskocil of the U.S. District Court for the Southern District of New York.

“This action puts fundraisers on notice: The FTC will not only shut down sham charities, it will aggressively pursue their fundraisers who participate in the deception,” said Andrew Smith, director, Bureau of Consumer Protection of the FTC. “If you are giving to charity and want to make sure your donations count, start at ftc.gov/charity to learn how to spot the scams.”

The Office of Attorney General will continue to monitor the general fundraising activities of the defendants. As part of the agreement, Gelvan is required to submit annual reports to New York detailing all entities, by which he conducts any type of fundraising and a list of entities, on whose behalf he fundraises. 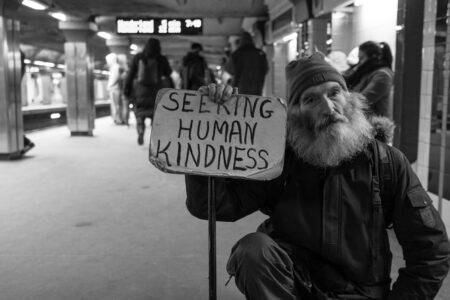 Recovery For All Of Us: Direct Cash Transfer Study To Address Young Adult Homelessness