Bronx, once the home of a vibrant frum community, is now receiving its long awaited revitalization with the opening of a Yeshiva Gedolah and Beis Medrash.

Yeshiva Gedolah of Bronx will be headed by the popular Rebbie, Rabbi Yehsohua Danese, who taught for twelve years with the Torah Academy of Brooklyn, and other yeshivas, along with Menahel, Rabbi Yeshurun Zeitlin.

The Yeshiva, which will be beginning classes October 29th, will sport renovated dormitories, van service, access to a gym, catered meals, a full day and week of learning along, with a regents diploma, Shabatons, and, of course, access to the classic immense parks that Bronx is famous for.

Asked why they are opening this Yeshiva in the middle of the year Rabbi Danese responded “that you will be surprised as to the number of boys who are not in yeshiva right now. It is extremely easy to fall out of the system and once that happens it is extremely difficult to get back in. We are here to address that need, as well as many others.”

With the goal that their talmidim should all opt to move on to learning in Israel after High School, the Yeshiva Gedolah of Bronx will also be offering a beis medrash program in addition.

The remnants of the once powerful Bronx Jewish community looks forward to this new Yeshiva and hopes that this will bring an awareness to others of the opportunity that lies for frum people way up and above the borough of Manhattan.

“A dean of a different yeshiva said to me,” remarked Rabbi Danese, “’that he is a mechanich and is not interested in kiruv.’ I replied, that ‘nowadays every Rebbie must be a kiruv Rebbie. The entire world is amassing and wielding all of their resources to mikarv our children to relinquish their position as part of the Am Hanivchar, chas v’shalom. We have to fight back. That the Torah is beautiful, Hashem is beautiful Yiddishkeit is beautiful, we just have to do our part not to turn our young people off.”

“Yoseph Hatzadik was a teenager, strutting around in his beautiful coat, telling on his brothers, being bullied and rejected by them. Nowadays, a boy like that,” continued Rabbi Danese, “would be given behavioral therapy, put on medication and sent out of yeshiva. Yaakov, instead kept his eye on his son. ‘This mida,’ he thought, ‘could be the one that will lead him to greatness as an adult.’ And as that was true with Yoseph, it is also true with all children. That mida that is getting a child into trouble, is the same mida that is meant for him to utilize, as an adult, in his unique contribution to Hashem’s Holy Nation.”

“We will be taking all these under-utilized misunderstood talents and as Mishlie recommends ‘train a child according to his way.’ We will be taking their individuality and running with it and they will be successful, not because they squelched all their drives, but because we took advantage of them.”

If you would like more information concerning the Yeshiva Gedolah of Bronx please send an e-mail to ygotb1@gmail.com. 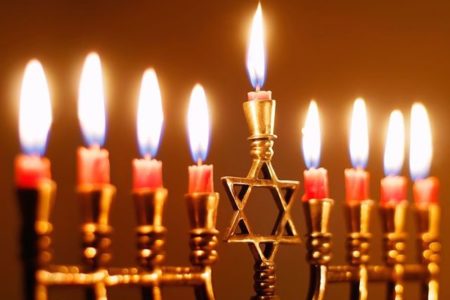