“Now what you hear is not a test, I’m rapping to the beat…” With those words, the hitherto underground sound known as hip-hop exploded onto America’s FM airwaves. The Sugarhill Gang’s 1979 radio hit “Rapper’s Delight” marked a breakthrough that forever changed the face of global popular music. One of the voices on that iconic track, Henry “Big Bank Hank” Jackson, died on Tuesday at 57 of complications from cancer.

While Jackson made his name 35 years ago projecting an enduring rap fantasy about owning luxurious cars, “more clothes than Muhammad Ali,” and having libidinous predomination over Superman, his group’s origins were considerably low key. Sylvia Robinson, a former soul singer in Englewood, N.J., decided to start an independent label, Sugar Hill, to capitalize on the hip-hop sound that had been heard in New York house parties since the early 1970s. Back then, DJs started spinning two versions of early disco and funk records on adjacent turntables, creating an endless loop of the breakbeats over which they would deliver spoken-word rhymes — inspired also by the “toasting” of MCs in the reggae sound-system tradition brought to Bronx block parties by the Jamaica-born hip-hop pioneer DJ Kool Herc.

Robinson recognized the opportunity to commercialize this sound, and her son Joey started scouting for talent. They auditioned Bronx-born Jackson, a nightclub bouncer known for his ability to rap, outside the pizza shop where he worked. (He also held a degree in oceanography from Bronx Community College, according to Christopher Weingarten of Rolling Stone).

“I’m making pizza and Joey and his mother walk in,” Jackson said in Jim Fricke and Charlie Ahearn’s 2002 oral history of hip-hop “Yes Yes Y’all.” “It’s like somebody walking up to you and saying, ‘I want you to make a record for me.’ Picture this: I’m full of pizza dough, and I’m like, ‘Okay, they want me to come outside and audition in the car’? I’m like, ‘Ooooookkkkaaayy.’”

Along with Jackson, the Robinsons brought together Michael “Wonder Mike” Wright and Guy “Master Gee” O’Brien to voice “Rapper’s Delight,” which would be the label’s first single. Nothing sounded like it on the radio at the time, or since. Over the bass line from Chic’s disco hit, “Good Times,” the imposing Jackson’s braggadocio fueled this sprawling 14-and-a-half minute epic, which also touched on friendship, and preferred breakfast foods. Most importantly, the song also encouraged people of all nationalities to dance. Recorded for $700, the track became an international hit, reaching #4 on the U.S. R&B charts and #36 on the pop charts. “Rapper’s Delight” was also reinterpreted in Jamaica (as Welton Irie’s “Hotter Reggae Music”) and Brazil (as Gang Do Tagarela’s “Melô Da Tagarela”).

In the liner notes to the 1996 disc, “The Best Of Sugarhill Gang (Rhino),” Joey Robinson remembers the band’s first show at the Spectrum in Philadelphia with considerable awe.

“Here were three guys, one from a pizza parlor, one just out of school, and one who didn’t even have a job,” Robinson recalled. “To see them go from there to going into the studio and putting a record out and then performing in front of 20,000 people and having the whole coliseum singing the record brought chills to me.”

As author Jeff Chang wrote in his 2005 history of hip hop, “Can’t Stop Won’t Stop,” “the funny stories, the hookish slang” of the track made it “tailor-made to travel, to be perfectly accessible to folks who had never heard of rap or hip-hop or Bronx.” While Chang also describes the Sugar Hill Gang as “a studio creation that never stepped on a stage until after their single became a hit,” there was no disputing the impact of “Rapper’s Delight.” The track not only brought global attention to the new Sugar Hill label and to the music it presented, but also to the new 12-inch format for singles.

The Sugarhill Gang followed it up with a string of singles in the early 1980s that echoed its optimistic tone, such as “Hot Hot Summer Day” and “The Word Is Out.” The cheerfulness of these tracks offered a contradiction to the media’s reporting of the social ills in such New York neighborhoods as South Bronx and Harlem at that time — and those urban tribulations would be addressed in another Sugar Hill hit record, Grandmaster Flash and the Furious Five’s “The Message” in 1982. While the Sugarhill Gang split up in the middle of the decade, the three rappers continued to perform under various incarnations. They reunited and recorded a children’s album, “Jump On It” (Rhino) in 1999.

While Jackson’s assertiveness always came through on records, he also sounded as if he could not believe that a part-time pizza parlor worker from the Bronx could help take a new music worldwide.

“I did my thing, not thinking of the immensity of what could happen,” Jackson said in “Yes Yes Y’All.” “I mean, who could have even dreamed of something like that? When Guy came and we started battling, it gave me a little bit more enthusiasm, you know?” 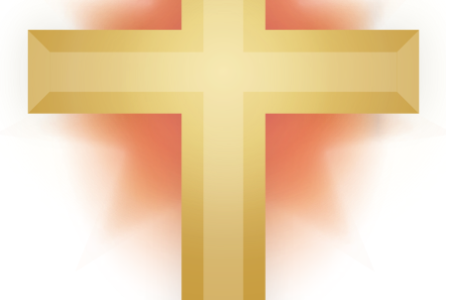 Alberta A. Wynimko Passes At 81