The New York City Police Department is asking for the public’s assistance in ascertaining the whereabouts of the unidentified males who are seen in the attached photo and are sought for questioning in connection with a robbery in Transit within the confines of the 41st Precinct in Bronx / Transit District 12.

It was reported to police that on Monday, February 25, 2019, at 0300 hours inside of the Whitlock Av station (6 line), the victim, a 53-year-old male, was walking through the connector between the southbound and northbound platforms when he was approached from behind by two unidentified males and an unidentified female who, acting in concert, punched the victim and removed his wallet. The wallet contained an iPhone 8 and a debit card. The unidentified males and female fled the station. The victim suffered pain and swelling to his face, however, he refused medical attention.

The unidentified males are Hispanic and in their teens.

The unidentified female is Hispanic and in her teens.

A photo of two unidentified males is attached and available at DCPI. It shows them using the victim’s debit card on Monday, February 25, 2019 at 0640 hours to make an unauthorized purchase at the McDonald’s located at 724 East 241 Street, in the confines of the 47th Precinct. 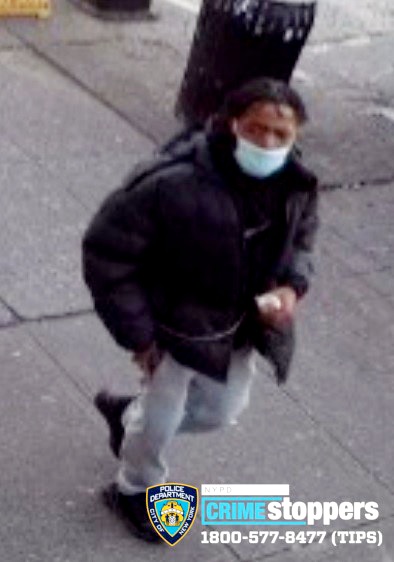