For Eric Stern, the Holocaust Leadership Class at the Bronx High School of Science was “probably the most formative experience I’ve had to date.” Stern spoke this past Friday at a reopening ceremony of the Holocaust Museum and Study center at the high school.

Up until Friday, the artifacts in the museum had been kept in a room in the back of the school’s library. Founded in 1978 by a social studies teacher, Mr. Stuart S. Elenko, the collection of artifacts continued to expand, taking over nearby rooms and display cases. Eventually it became clear that what had started as a small collection of Nazi-era artifacts now deserved a space that gave proper weight to its historical meaning and significance.

That happened this past Friday, when the new, spacious three-room museum at the bottom of the high school was opened to the public. The 35 students in the Holocaust Leadership Class as well as the classes that came before them, were instrumental in the creation of the museum. This was evident on Friday, when students both current and old told visitors about the research and care that went into categorizing each artifact. It was good preparation for the students, who are the tour guides of the new space, which is now open for viewing by the public. Several students pointed out that although the class is focused on learning about the Holocaust, it has improved their public speaking and leadership skills.

“The class is led by students,” Nadeela Persaud, a senior at the school, explains. “Instead of having a teacher lecture about a broad topic, you can get into debates and discuss in depth about certain things. It helps you understand the Holocaust from a different perspective.” 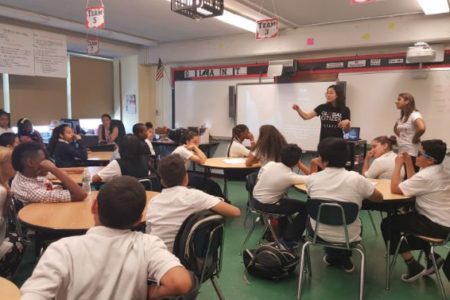 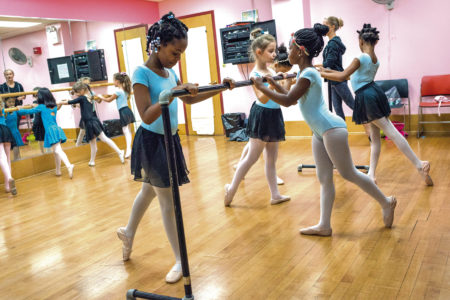