A bus tour operated three times per week promises to take tourists “through a real New York City GHETTO,” all the while doling out misinformation to mostly Australians and Europeans.

Bronx Borough President Ruben Diaz slammed the “The Real Bronx Tour.”, which for some increddible reason is part of the New York Pass deal here.

“To have foreigners come and gawk at a long line of people who are less fortunate than they are and to make money off of that and to view them as they are some sort of entertainment is pretty disgusting,” Diaz said.

The description for the 3-hour tour says, “When we think about the Bronx we see images of the 80s when this borough was notorious for drugs, gangs, crime and murders.”

The NY Post’s Candice M. Giove got a first-hand look at the 3-hour tour. For $45 riders were taken to food-pantry lines and a “pickpocket” park.

Tour guide Lynn Battaglia of Pittsburgh pointed out housing projects, recounting the poverty and violence that overtook the South Bronx in the 1970s.

Two dozen poverty-stricken people stood in line at St. Ann’s Episcopal Church, as she spoke, waiting for food. One man was reportedly visibly annoyed about the tourists gawking at the food pantry line.

“I don’t know what that line’s about, but every Wednesday we see it,” Battaglia told the group. “We see them go in with empty carts, and we see them come out with carts full.”

At St. Mary’s Park, which she credited Mayor Giuliani for cleaning up, she claimed that if it was 1980 and you wanted to die, “You’re in the right neighborhood.” She said the park was still dangerous and tourists should “walk with a New Yorker” if they don’t want to be pick-pocketed.

Battaglia did not mention that the Grand Concourse was built during the “City Beautiful” movement when metropolitan areas, like Washington, DC, Cleveland, OH, and Chicago, IL, designed and built beautiful and grand monuments to promote moral and civic virtue.

Battaglia claimed, inaccurately, that the word “pig” as slang for cop was coined on East 140th Street.

“The policeman, his name is Patty, and he would walk up and down that street, and if he ran into an alcoholic, he’d beat them mercilessly. So they’d call him ‘Patty the Pig,’” she said.

The Online Etymology Dictionary shows “Pig” has been “Applied to persons, usually in contempt, since 1540s; the derogatory slang meaning “police officer” has been in underworld slang since at least 1811.”

Diaz called the tour guide “the biggest fool on the planet.”

“They should tell people about the Bronx that we all know, and that’s the Bronx that’s had the lowest crime rate since 1963 last year,” he said.

A confidential report from January shows crime fighting in Bronx is behind the other NYC boroughs. Bronx District Attorney Robert Johnson has fewer incarcerations for violent felons than the DA offices in Queens and Manhattan, according to Mayor Michael Bloomberg’s “Criminal Justice Indicator Report.”

What You Can Do To Help Decrease Violence Against Women 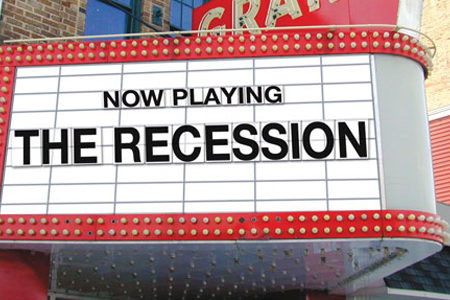