NYC Transit is using an Automated Bus Lane Enforcement (ABLE) system on 51 buses that travel on the M15 SBS route using a dedicated bus lane implemented by NYC DOT. ABLE camera systems can capture evidence such as license plate information, photos and videos, as well location and timestamp information, of vehicles obstructing bus lanes to document clear cases of bus lane violation. The system collects multiple pieces of evidence to ensure that vehicles making permitted turns from bus lanes are not ticketed. This information will be transmitted to NYCDOT for review and processing, and the program will be administered in partnership with NYCDOT and the NYC Department of Finance.

“Automated bus lane enforcement is a critical part of our plan to increase bus speeds, because transit priority improvements do not work if motorists do not respect their purpose or abide by traffic laws,” said MTA NYC Transit President Andy Byford. “We need to give our buses every fighting chance to get through the city’s congested streets.”

“We hear from our customers all the time that buses get stuck in traffic because there are many vehicles on the streets blocking stops and moving lanes,” said Craig Cipriano, Acting MTA Bus Company President and Senior Vice President for Buses of NYC Transit. “This is why we are working with our City partners to find ways of prioritizing buses and keeping streets clear so that everyone can move faster.”

“Under Mayor de Blasio’s Better Buses Action Plan, we have committed to increase citywide bus speeds 25% by the end of 2020 – and to get there, we will need to step up automated enforcement to keep vehicles out of the more than 100 miles of dedicated bus lanes we have built around the city,” said NYC DOT Commissioner Polly Trottenberg. “For years, we have had overhead cameras along routes like the M15, but adding enforcement cameras to the buses themselves will now help us further keep bus lanes clear – allowing tens of thousands of commuters to keep moving. And we know that improvement in bus travel times consistently lead to ridership increases. We thank NYCT President Andy Byford and all our partners at the MTA for their partnership as we strengthen this essential enforcement program, serving the New Yorkers who take more than 2 million daily bus trips.”

Motorists who block bus lanes are first issued a warning with a 60-day grace period when no fines are assessed, beginning October 7. After the grace period ends, motorists who continue to block bus lanes will be subject to a fine of $50 for each violation, which also carries a $25 late fee. The automated bus lane enforcement program will expand to the B44 SBS and M14 SBS by the end of November, with the ABLE system to be deployed on a total of 123 buses across the three routes. The expansion to the M14 SBS is dependent upon the resolution of ongoing litigation.

The ABLE system was tested in a successful pilot program evaluating the efficacy of the mobile cameras. The pilot determined that an ABLE system could capture sufficient evidence to enforce traffic violations. Funding for further expansion of the program is included in the proposed 2020-2024 Capital Plan.

NYC Transit is working with NYCDOT and NYPD to increase bus lane enforcement in highly congested areas as part of NYC Transit’s Fast Forward plan to improve bus service, increase bus speeds and attract new ridership. Results so far have yielded faster bus speeds by as much as 19% on a portion of Fifth Avenue and as much as 30% near the Hugh L. Carey Tunnel’s Manhattan approach. Other strategies include redesigning every borough’s bus network to better meet customer needs, installing traffic signal priority technology, implementing more transit priority street designs, and deploying new modern buses with better reliability and customer amenities.

A sample warning is available here. 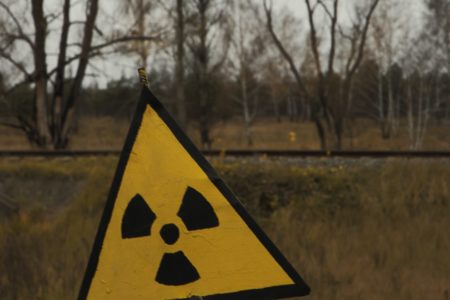