Home / News / Society / A Recovery For All Of Us: Center For Creative Conflict Resolution

“The disruption caused by the pandemic has also led to new and creative programs that will improve how the City serves all New Yorkers,” said Mayor Bill de Blasio. “A recovery for all of us includes setting up businesses for success, rather than punishment. The expansion of the Center for Creative Conflict Resolution will help business owners and the public solve common problems, together.”

The signing of the executive order coincided with the signing of a mediation agreement between first time restaurant owner Jacob Poznak, of Moonrise Izakaya located on the Upper West Side of Manhattan and a long-time neighborhood resident, Gregory Brown, whose quality of life issue was successfully mediated. This case, which involved a dispute about noise, was mediated by CCCR mediators as part of the MEND NYC program which was launched last year as a partnership between CCCR and the Office of Nightlife at the Mayor’s Office of Media and Entertainment.  During the mediated conversation, the parties also exchanged contact information agreeing to continue to have a conversation between themselves directly should future issues arise.

OATH’s CCCR has been in existence since 2016 and has served as a resource for NYC government, its agencies, employees and unions to create positive change in the ways that conflicts are managed and resolved. In fiscal year 2020, the Center handled close to 400 mediations, consultations, career coaching, trainings and group facilitations.

In 2020, under the leadership of Commissioner Joni Kletter, OATH has expanded the work of its center to add more public-facing work. This included partnering with the Mayor’s Office of Media and Entertainment (MOME) and its Office of Nightlife in the creation of the successful MEND NYC program which provides mediation for residents experiencing quality of life issues emanating from neighboring restaurants and bars, issues exacerbated by the sudden increase of restaurants and bars operating outdoors while New Yorkers also spend more time in their homes due to the pandemic.  MEND NYC has since expanded its services to include mediation for small businesses facing commercial lease disputes with their landlords.

“Mediating these neighborhood disputes opens a dialogue between neighbors, increases the quality of life by quickly addressing neighborhood nuisances, provides an effective alternative to formal enforcement and can help small businesses avoid costly summonses. When people in conflict have access to free, professional and meaningful conflict resolution services and are willing to enter into a dialogue we have a real opportunity to build better, more sustainable communities where our small businesses and residents live and thrive together,” said Joni Kletter, Commissioner of the Office of Administrative Trials and Hearings.

MEND NYC represented the first time OATH’s Center has offered its conflict resolution services to assist the general public in mediating their disputes. MEND NYC also represents the first program where a City agency has leveraged the Center’s mediation services to incorporate restorative justice into that agency’s work.

Additionally, the Executive Order signed today creates an advisory board to guide the CCCR’s work and directs all agencies to appoint an alternative dispute resolution coordinator.

“I am thrilled to see the establishment of a permanent office within City government to address the City’s conflict needs at a time when the City is looking to heal from the trauma of the pandemic and to address the inequities our nation faces,” said Administrative Law Judge Ray Kramer, director of the Center for Creative Conflict Resolution. “Our center is committed to expanding the use of alternative dispute resolution and restorative practices by City agencies in support of its workforce and the communities the City serves and to helping New York City become a more restorative city. This is the kind of visionary thinking that sets New York City apart.”

“Our office has had a front row seat to the exceptional work done by OATH’s Center for Conflict Resolution. The Mayor’s executive order reiterates how important this resource is for dispute resolution Citywide,” said Kapil Longani, Counsel to the Mayor. “Throughout the CoViD-19 crisis, this Administration has worked tirelessly to find creative solutions to support our businesses. MEND NYC is great example of the innovation that has become commonplace at OATH. It will no doubt provide an invaluable tool to our business operators and residents for resolving any issues impacting our neighborhoods.”

“The Office of Nightlife is very proud of our partnership with OATH’s Center for Creative Conflict Resolution in creating MEND NYC, a new free mediation program to help small business such as bars, restaurants or nightclubs resolve quality of life issues with their neighbors,” said Ariel Palitz, senior executive director of the Office of Nightlife at the Mayor’s Office of Media and Entertainment. “We believe through direct communication and compromise, hospitality businesses and residential neighbors can find common ground and co-exist as we rebuild and recover.”

“As the city reopens and communities are recovering, it’s more important than ever for our local establishments and residents to be able to work together to resolve disputes,” said the Commissioner of the Mayor’s Office of Media and Entertainment, Anne del Castillo. “We are proud to partner with OATH to offer free conflict resolution for restaurants and bars through MEND NYC and applaud Mayor de Blasio for establishing the Center for Creative Conflict Resolution as the City’s new office that will house this valuable work.”

“I am proud of the small business that I have built and look forward to continuing to build relationships with my neighbors and customers. I’m glad that we were able to resolve the issues we had and will continue to do so moving forward. I am grateful to Mayor de Blasio and MEND NYC for providing this free option,” said Jacob Poznak, owner of Moonrise Izakaya. “As a restaurant owner, especially right now, it is vital that I avoid costly summonses from complaints that can easily be dealt with if brought directly to my attention.”

“The mediation was helpful; it was nice to be able to speak to the owner of the restaurant directly and be heard. The last thing I wanted was for a newly opened small business to get complaints, but I felt something had to change and this was a great solution,” said long time Upper West Side resident Gregory Brown.

“In a big city like New York, it’s inevitable that conflict will arise. That’s exactly why we need smart programs like MEND NYC to mediate disputes and develop solutions to address quality-of-life issues that occur, so restaurants, bars and neighbors in close proximity can co-exists more harmoniously. We commend the Office of Administrative Trials and Hearings and the Office of Nightlife at the Mayor’s Office of Media and Entertainment for implementing MEND NYC to focus on creative conflict resolution while supporting our city’s residents and small businesses,” said Andrew Rigie, Executive Director, NYC Hospitality Alliance.

More information about CCCR’s work can be found at nyc.gov/conflictresolution. New Yorkers interested in learning more about resolving quality of life issues emanating from a local business can visit nyc.gov/mendnyc to learn how to request mediation for their issue. 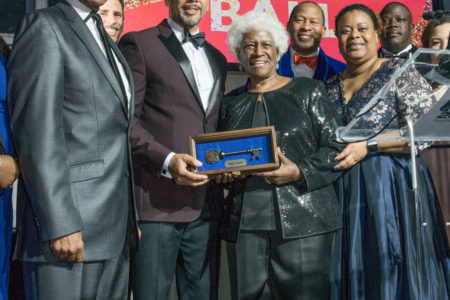