The city is charging five big New York City landlords and brokers with discrimination based on findings from an extensive year-long undercover investigation. Three of them operate in Bronx.

On Tuesday, the New York City Commission on Human Rights announced a list of landlords and brokerage firms — which in total operate 20,000 housing units — with a “pattern or practice” of “discrimination for repeatedly refusing to accept prospective tenants’ government assistance housing vouchers, including Section 8 and Living in Communities (LINC) vouchers”.

The undercover investigation involved 300 hundred “tests” in which investigators posed as prospective tenants presenting either independent or subsidized incomes. Frequently, the commission deployed “matched pair tests” in which both a voucher tenant and the non-subsidized tenant would inquire about the same apartment.

“We also have had just one tester present themselves as someone with a voucher, because the discrimination is so overt that we didn’t need the matched pair,” Hollis Fitch, deputy commissioner of the commission’s law enforcement bureau, told Metro.

The practice of denying housing based on income source was made illegal under the city’s Human Rights Law in 2008; any kind of federal, state or local public or housing assistance is considered legitimate income. The commission has cracked down on income-source discrimination particularly hard since 2014 through their Fair Housing Commission division, and also deployed a campaign of fliers, posters and advertisements making housing rights clear to residents.

“No landlord should get away with turning away tenants because they use government assistance to pay rent, which is why we… are working to ensure that everyone using housing vouchers can find and retain safe and affordable housing,” Mayor Bill de Blasio said in a statement.

The brokers and landlords have 30 days to respond to the charges, after which the commission can fine them up to $250,000 for breaking the law, plus any compensatory damages to aggrieved tenants.

One of 10 individuals included in the lawsuit is Millicent Carty, who has two children, a full-time job and Section 8 vouchers. When she was first rejected from an apartment on the day she was supposed to move in, she was forced to move into a shelter, and then set out on a crusade to find a home for her family.

After learning about her rights under the law from a flier, Carty reached out to the Fair Housing Commission to report 12 of the 27 companies where she had evidence of blatant discrimination.

“The only way to put it is that I felt like crap. Like I wasn’t worthy of a home,” she said. “They treated me in such a way that I felt lower than low. It really hurt. But I kept going, stayed persistent, I called another place and another place. Then I finally found a broker who knew the law, and within three days I was approved for a two-bedroom unit with a Jacuzzi and stainless steel appliances.”

Metro reached out to the companies, but by press time only one spokesperson, Juda Engelmayer for Mo Vaughn’s Omni New York, LLC, responded – and vigorously denied the accusations.

“It’s false. Omni has 90 percent of its tenants on some form of public subsidy and they don’t reject anyone. They currently have 40 tenants with LINC vouchers at River Park, and 80 across all their properties, and they are about to add 15 more at their new development,” Engelmayer said.

The bulk of their tenants fall below the area’s median income, he said. And just last month, he pointed out, de Blasio praised Omni as one of the best landlords for helping the housing crisis.

“Their policy and the entire purpose of Omni’s housing is to support the low-income bracket in a safe, clean, affordable setting.”

Bronx Pair Falsely Reported Robbery To Get Out Of Traffic Stop 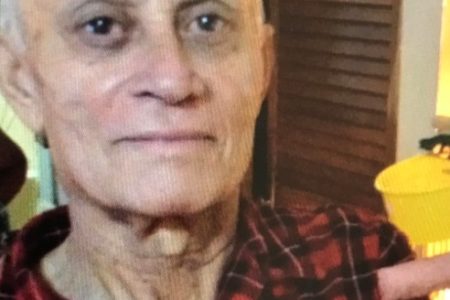