A shooting in the Bronx Sunday morning has left a father dead and his step-daughter injured. It happened at around 2:25 a.m. at 1530 East 172nd Street in the Soundview section of Bronx, according to police.

The 14-year-old step-daughter later walked into Jacobi Hospital with a gunshot wound to her buttocks. She was listed in stable condition, police said.

According to police, at least 10 shots were fired at them.

There was no immediate word as to what may have lead to the shooting. No arrests were immediately made.

Two other men were shot in a separate incident on Waring Avenue in the Bronx shortly after midnight. Police said one man was killed and the other was in stable condition.

Anyone with information in regards to any of these crimes are asked to call Crime Stoppers at 1–800–577–TIPS (8477). The public can also submit their tips by logging onto the Crime Stoppers website here or by texting their tips to 274637(CRIME) then enter TIP577. 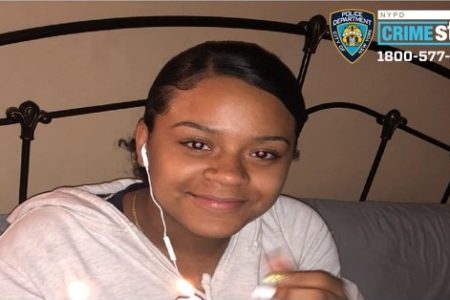