Home / News / Politics / Will Trump Allow The Us To Continue As The World’s Innovation Economy?

Xenophobia definition: intense or irrational fear of people from other countries.

The United States is indisputably the innovation capital of the world. Innovation is happening in everywhere in the US – Silicon Valley of course, but so many other places such as Seattle, Austin, Brooklyn, Cambridge, Pittsburgh, and even some of Trump’s “carnage” cities that, despite his rhetoric, have risen from the ashes of departed outsourced factories.(See The Smartest Places on Earth, Why Rustbelts Are the Emerging Hotspots of Global Innovation, by Antoine van Actmael and Fred Bakker) American tech companies such as Apple (AAPL) are global machines of innovation. American innovation has gone far beyond “tech” companies per se and pervades the US industrial landscape.  American technology for example has knocked down the oil price with fracking. Starbucks and Domino’s Pizza have gone high tech. And global. And it is not just the companies. American universities are an envy or the world and the number one destination of foreign students, especially those studying the so-called STEM subjects (science, technology, engineering and mathematics) and business.

How did the United States become the World’s innovation capital? A lot of factors are responsible not the least the size of the country which offers entrepreneurs a large English speaking market to conquer immediately. To this must be added America’s respect for property rights, its generally free national market, its magnificent research oriented educational system and its deep capital markets. But most importantly what the United States has offered is OPENNESS – openness to ideas, to goods from other countries and to people from other countries.

Today the best and the brightest around the world look to jump on the global acceleration of technology. As I have argued in past blogs, humanity has reached an evolutionary turning point in terms of such things as artificial intelligence, genetic engineering and human health. The possibilities for improving the human existence are immense and the United States is at the center of this. Like the famous California gold rush of 1849 that attracted the young and ambitious from around the world, the best and the brightest come to the United States in a “technology rush” to get educated. Their picks and shovels are the computer and mathematics. In so many cases – for example Alphabet (GOOGL) – these people go on to start new tech companies. These companies go on to create millions of good jobs for Americans. JOBS MR. TRUMP, JOBS!

Steve Bannon, who is now one of President Trump’s closest advisors, is someone few Americans including myself had heard of until recently. Bannon projects an image as a kind of Rasputin who cultivates the dark side of the President. I do not believe the President is racist. But Bannon’s personal slogan just might be “Make America White again.” If second hand reports are correct, Bannon seethes with anger about how the internationalist fat cats in the financial sector walked away with millions in 2008 while blue collar American people like his father got screwed. If the interview with Trump as referenced above is accurate, he would put a sign on the door of American tech companies saying “Asians need not apply.” Bannon is reportedly of Irish descent. He apparently forgets that there were signs in 19th century America that said “Irish need not apply.” Or that in 1834 an angry anti-Irish, anti-Catholic Protestant mob burned down an Ursuline convent in Boston. The good news on this is that Trump reportedly pushed back in the conversation referenced above when Bannon expressed his extreme views on immigration. We will see.

The fact that a number of financial fat cats walked away from the 2008 collapse with millions makes a lot of Americans angry. They want scapegoats. However the tech industry should not be one of them. In the tech bubble and collapse of 2000, investors took their lumps and companies went out of business. No bailouts. There was no widespread egregious walking away with millions by greedy tech entrepreneurs. Some were lucky to keep the shirt on their backs. The market worked as it was supposed to. The 2008 collapse did not involve the tech sector and was not caused by it. The government bailed out financial and auto companies, not tech companies.

The point of all this for investors is that xenophobia, particularly anti-Asian xenophobia, is not the tech investor’s friend. Radical reductions of the H-1B program, which allows foreign tech workers to remain in the US, will hurt the tech companies. Of course the companies will find ways around this including beefing up their offshore research centers in more welcoming places like Canada and India and, as a by product, hiring fewer US workers. I would guess that removal of the H-1B visa will cause a loss of jobs in the United States.

There are reportedly now over a million foreign students in American universities and colleges. The majority come from China, India, South Korea, Canada and Saudi Arabia, in that order. As mentioned the majority major in the STEM subjects or business. This phenomenon reportedly is another target of Bannon’s dislikes.

There are a number of considerations here. First, from an economic point of view foreign students can be considered a major “export” industry of the United States. Unlike American students who are eligible for government guaranteed loans, foreign students typically pay full tuition out of their own or their own governments’ pockets. According to SelfScore, a company providing financial services to international students, in 2015 the country’s public universities obtained more than $9 billion in tuition and fees from foreign students. That does not include private universities where tuition is higher. These expenditures do find their way into the US balance of payments current account and help hold down the current account deficit. Just what Trump says he wants.

Second, many of the universities attracting the foreign students would be in dire financial straits without them. Many of the state universities have been starved for funds as the states themselves have had budget problems in recent years.

Third, the foreign students do not on the whole crowd out American-born students. If the demand for STEM subjects from American born students suddenly increased, the schools, admittedly with a lag, would increase the supply of courses available. Education is a business. When more customers show up, businesses expand.

Fourth, American students thus far have not been that enthusiastic about taking STEM courses. No one seems to know why this is so. If Bannon has a solution for this, he could make a positive contribution. Saying that foreign students crowd them out is not the reason. Moreover, the demographics of the US college population shows a steady shift to more Hispanic and African American students who suffer from what educators call an Achievement Gap relative to white and Asian students. Nobody said STEM courses were easy.

Fifth, this is a win-win for the United States. If the foreign students stay in United States, they fill jobs and start-up firms in the tech and tech related industries. One estimate is that there are some 500,000 unfilled STEM type tech jobs in the United States. If upon graduation they go back to their home countries, they will speak English, be familiar with American products and usually have fond memories of their school days in the US. What’s there not to like?

Sixth, Bannon seems to worry about America’s “core civic” society. What is he talking about? Is core civic defined as white blue collar workers? The typical foreign student is conservative and family oriented. He or she is not on the Berkeley campus smashing windows and throwing rocks. He or she would all vote Republican if the Republican Party was not infiltrated by xenophobes.

Seventh, curtailing foreign students in America will be a long run negative for American firms and their equities. Investors do have a stake in this.

The Twenty First Century Can Be An American Century

It has become very fashionable in some quarters to argue that the twenty first century will be an Asian century. The United States according to this theory will fade into second place, however that is measured.

Not so fast. This does not have to be, at least in the next few decades. American technology and its corporations dominate the world. Asia has become more prosperous and Asia certainly has the population edge. But at least for now America has the brains (Yes, some of America’s brains are Asian. Asians, especially Indians, seem to do better in the US than in Asia.) But United States must stay on the course it has followed post World War II. Free markets and openness. Trump’s plans to lower taxes and scale back regulations could play a huge role in keeping America on top. In the past eight years the United States had been aiming for second place with higher taxes and a tsunami of regulations. Trump says he will reverse this. But if his protectionist instincts overwhelm his tax and regulatory reforms, this would be bad news.

Chinese President Xi Jinping at Davos gave a wonderful speech extolling free trade and free markets. Too bad the Chinese economic reality is just the opposite. China is guilty of gross protectionism, has in the past manipulated its currency, has fully or partially excluded major American companies from operating in China, has forced the transfer of intellectual property as the price admission to the Chinese market and its state-controlled companies have overinvested in a number of industries such as steel which has depressed world prices and hurt producers in other countries.  And as I have written in many previous blogs, I think the Chinese Communist Party’s need for the control of information flows, combined with the Chinese Confucian tradition of hierarchy and obedience, are major barriers to a successful knowledge society.

Trump, the master of the deal, perhaps could achieve some change in Chinese policy. But if he unleashes a trade war with China, American equity investors will be the losers. It should be kept in mind that the global economy has adjusted to the protectionist Chinese measures. If the US winds up imitating China’s protectionist policies, then the US will become tied for second. There will not be a number one. 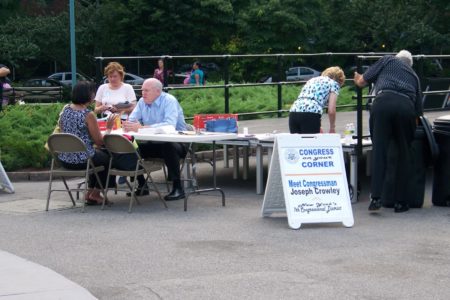