Ladies and Gentlemen it has come to my attention that this is indeed a political set up, as if I didn’t need anymore issues.

As we’ve previously heard on the audio clips a VA official stated “they gotta use me to justify, to give them the evidence they need.”

This purported evidence was offered to agency counsel presiding over my claims and dispute. Which btw I’ve noticed that the emails documenting that fact have “disappeared” from my “personal” e-mail account.

However at that time she refused the evidence and made the following statement “I would rather put you in jail.” I laughed then and I think it is funny now.

So now the facts are very clear.

You for-go any evidence and opted to pursue your own agenda to make yourself and the facility look good in light of the damaging complaints I filed.

I agree with the agency official who stated “she should have just paid you and let you go, you didn’t do anything wrong.”

In my complaint dated March 24, 2009 to the Office of Inspector General, Department of Veterans Affairs, I stated…

“The Chief of Imaging Services, GS-15 named Dr. stated we need to get started on the backlog by scheduling patients within 25 days.

Were just getting farther and farther behind, well never turn our numbers around.  In response to a question I asked concerning our backlog and procedures for handling the backlog Dr. stated anything a year old should be cancelled.  Cancelled because they wouldn’t let us get in there and do a mass purge so it’s just a matter of getting in and cancelling them ourselves. She continued stating my backlog should start at like April 2007 not anything earlier than that. Not just MRI but we need to cancel any orders before April 2007. In response to a statement made by the coordinator of the SR Team meeting Dr. stated “a lot of our patients have had there study done somewhere else, have had there surgery, have gotten better or just died while waiting for services. Dr. continued stating “the mass purge thing is not going to happen is that right?” posing her question to, Information System Manager. The Information System Manager for Imaging Services named responded to Dr. question of the mass purge stating “not that I know of nobody wants to even take the chance of fear of losing there job or something.”

“During the period of time in question, the backlog of outstanding requests for MRI Imaging studies across the Veterans Health Administration dated back 10 years. Central Office and the office of Dr. Charles Anderson, National Radiology Director, instructed all Imaging Services across the country to mass purge all outstanding imaging orders for studies older than 6 months, where the procedure was no longer needed, and with approval from the individual healthcare system’s Medical Executive Committee (MEC). Upon investigation of the backlogged imaging orders within the GLA Imaging Service, it was found that most were no longer needed as the patients had received imaging with another modality, received alternate therapy obviating the need for the MRI, or were no longer receiving their care at GLA. All patient imaging requests that were found to still be valid were scheduled. Approval was granted for this process by the MEC, and in collaboration with the Service Chiefs and/or Careline Directors with the healthcare system.”

But what they really meant to say was (see video below)… 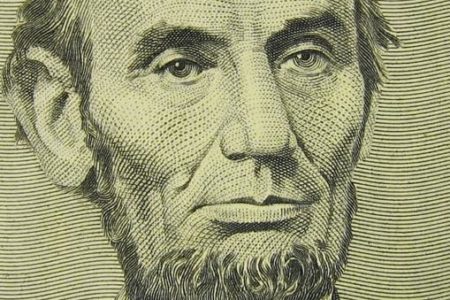