Dan Foster, a burly six-footer in vintage jeans and a plaid shirt, thumbed six Magic role-playing cards into a fan, stared at their illustrations, collapsed the cards, spread them wide again and clapped them shut. 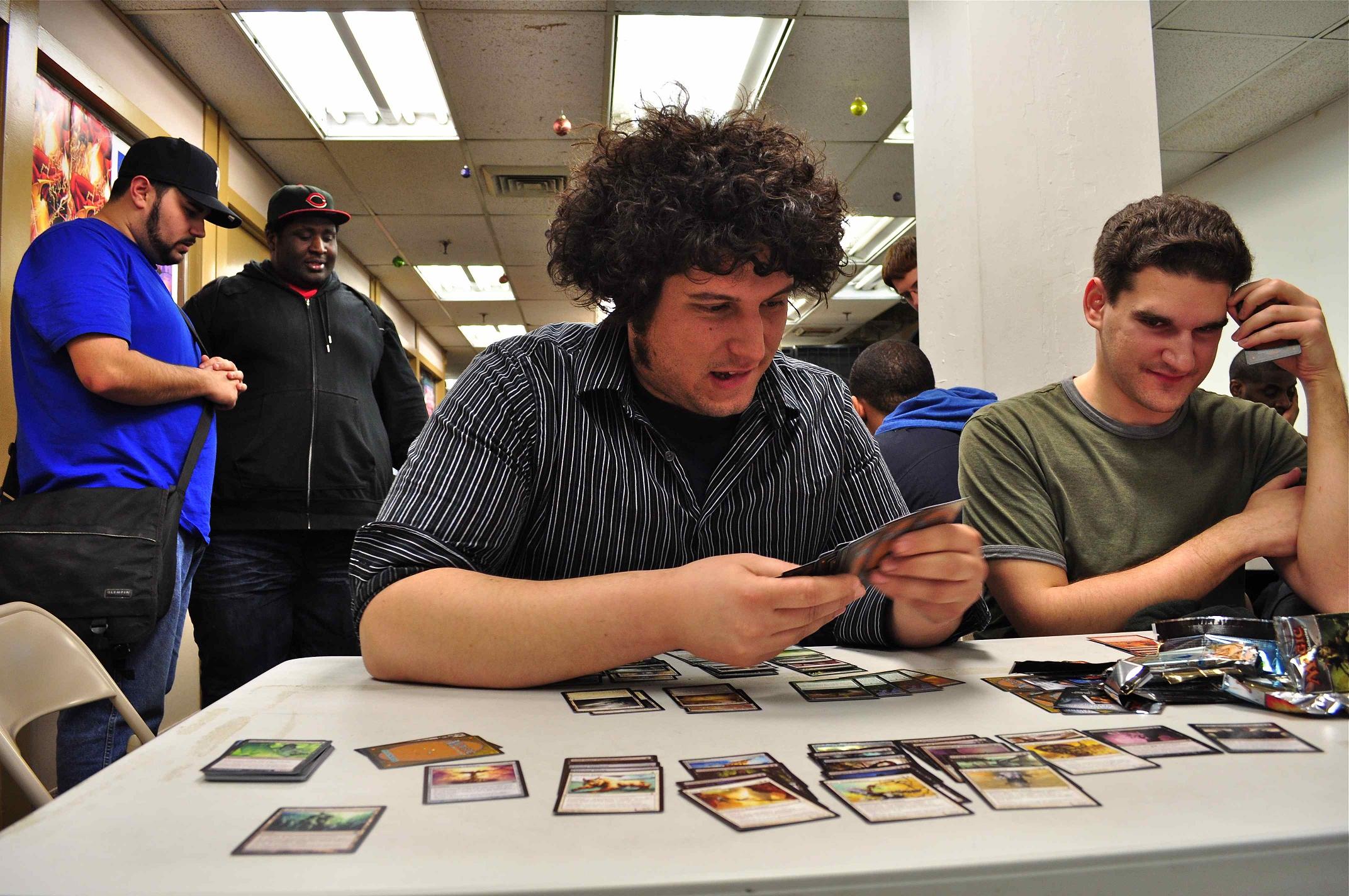 He peered across the table at his opponent, who had won the first of the best-of-three-match series.

After 10 minutes of play, Foster blocked his adversary’s advancing creatures by wielding a Counterspell card. Then Foster snapped down a Scapeshift card, an ornate portrait of an underwater world roiling into a forest, which penetrated his competitor’s defenses and cut down his army. He tied the game, one to one.

In Magic, a fantasy collectible card game, opponents attack by casting spells and creatures. A point scale in the top corner of every card notes the amount of energy required to attack or defend. Land cards of the same color supply a magical energy called Mana.

St. Cecelia’s Banquet Hall in Iselin, New Jersey was hosting this tournament, officially the Pro Tour – Puerto Rico Qualifier. Foster and a friend from Jim Hanley’s Universe, a Manhattan comic shop, had joined 158 other competitors and paid $25 each for the chance to win a box of cards and free airfare to San Juan.

For Foster and his adversary, playing with identical 40-card decks, the third and final match of the series hinged again on the Scapeshift card. Foster stared, shuffled his cards again and again, and tugged his curly puffed-out hair. After several minutes, he foiled his opponent’s attempt to sling a spell with a Counterspell card and pressed down the Scapeshift. Whoosh. Foster won the series.

“I live for that s***, man—tournament Magic when you are playing for real,” Foster, a 25-year-old with a West Coast drawl, said after the game.

Foster works at Whole Foods as a produce buyer, a college job he parlayed into a full-time position after graduating with a management degree from Berklee College of Music in Boston. He moved to New York last August because a music company in Brooklyn offered him an internship and because “New York and L.A. are the only places you can make music.” He settled in a one-bedroom apartment in the South Bronx with his girlfriend, Bonnie Kaufman, who enrolled in Fordham University’s graduate program, and their cat, Simon, last August. But since arriving, he hasn’t made any music. “I don’t have anyone to play with or a space to play in. I don’t even have an amp,” he lamented.

Instead, Foster plays Magic, online or at Jim Hanley’s Universe, attending Monday night opens and Friday night tournaments for about ten hours a week. Whenever he’s not working at Whole Foods, he slouches on the couch with his laptop and battles on the Web, but only, he says, if Kaufman is studying.

“No, sometimes you play while we watch TV,” she interrupted as they were riding downtown on the 1 train, Foster headed for Hanley’s and Kaufman to school.

“I only do that during the Biggest Loser,” Dan said.

Kaufman says Magic, which she never saw him play back in Boston, has become his 20-hour per week passion, another “part-time job.”

Others have also watched his obsession grow. Brian Somolin, a 25-year–old aspiring actor and one Foster’s closest friends in New York, says prominent Magic blogs such as Channel Fire Ball and Dragon Guardian post three to five articles daily, and that “Dan reads every one, every single day.”

One evening in February, Foster left his apartment at 5:30 p.m. to meet Somolin at Hanley’s for Friday Night Magic, a national tournament series held in local collectibles shops around the country. After the tournament ended at 10 p.m., they jumped back on the subway to fetch Somolin’s laptop in Brooklyn. Then they headed to Foster’s apartment off 200th Street, arriving at midnight. They didn’t stop sparring online until 7 a.m.

When Foster was eight, he was super into X-men cards with his friend Blake, who lived in Florida. It was Blake, who, on one visit, hooked him on Magic by changing the rules so Foster could win. Back home in San Francisco, Foster spent the rest of the summer walking to Just Collectibles, ten minutes away, to buy Magic cards.

Now standing outside Hanley’s in Times Square, sixteen years later, he had a revelation: “Magic is the longest thing I’ve done in my life.” But, Foster insists that when life gets busy, as it did in college, “Magic is the first thing to go.”

Two weeks after the Iselin tournament, Andreas Müller, a German, won $3,500 at the Grand Prix in Madrid, beating out 2,226 other participants, the largest field ever. Since releasing Magic in 1994, Wizards of the Coast, its creator, has paid out over $30 million in prizes. But only a handful of the world’s top players—ranked by the game’s sanctioning body, the Duelists’ Convocation International—can make a living from Magic.

Hanley’s Universe only fits 20 players comfortably in a 25 x 50-foot space in its basement on Friday nights, usually all amateurs. Uncovered fluorescent ceiling tubes light eight tables aligned in four rows surrounded by metal chairs. Multicolored Christmas bulbs hang from the ceiling. A “Simpsons” poster taped to the wall urges, “Geek out, man!” The night before the Puerto Rico Pro tour Qualifier, 40 players had crammed inside.
They haggled over cards before playing. “Does anyone have a Krovax?” one man asked.

“Do either of you have an extra Spellscape?”

Somolin pointed to a card in Miles Rodriguez’ hand and asked, “How much for this card?”

Actually, no card is more expensive than the Black Lotus priced at $3,500 on Gathering Ground’s website. In “extended format Magic,” players handpick 40 cards to create their decks, and a killer deck has a “high casting cost.” The Scapeshift that Foster slammed down at Iselin is only valued at $6.50, but his most powerful card, a Baneslayer Angel, lists for $60.

At Hanley’s, Foster tested his deck—or “goldfished”—against Somolin’s to discover what card combinations worked best. In 2004, as a high school senior outside San Francisco, Foster spent months removing and replacing cards from his deck before playing at his first Pro Tour Qualifier in Baltimore.
At Hanley’s, before Steven Whalen, the tournament’s certified organizer, handed out Magic card packs to players for the tournament, their chatter forced him to holler, “Quiet, guys. I can barely hear myself think.” The players continued prattling. “And I’ve always been a loud thinker,” he shouted.

Once Whalen dropped the foil card packs on the tables, the din faded. Some men ripped the packs open with their teeth. One player exclaimed afterwards, “Once I start, I can’t stop.” Less rapacious players do what Whalen termed “a mental push up,” thinking over card scenarios, in preparation for play. Either way, it was quiet enough for Foster and Somolin—and Robbie Shilander, Zohren Weiss, Paul Vouga, Evan Tomchin, Isabelle Hayes, and all the others—all to focus.

“My best friends in New York I have made through Magic,” Foster said. “It’s really nice to feel I have close friends.”

Though Foster won four of his first five games at the Pro Tour qualifier, he lost two games in a row, which bumped him out of contention for the crown, and for a spot on the pro circuit.

Kaufman, staying home to study, missed the tournament. She still has never seen Foster play in sanctioned competition. But maybe before the next Pro Tour qualifier, Foster will cash in the hand-made Christmas coupon that promises her attendance.

He has a new internship with an online music distributor so things are getting busy. But that doesn’t mean he’ll stop playing Magic. 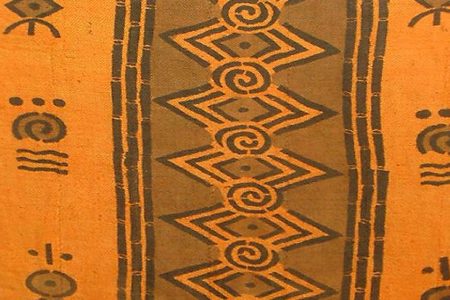 Artist Bio As Self Portrait With Ximena Izquierdo Ugaz 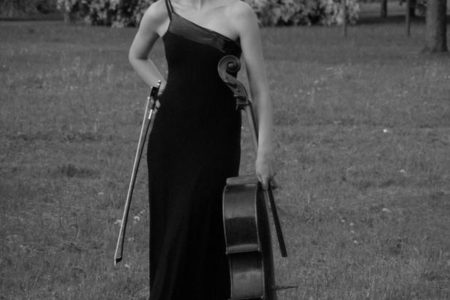