At 3:00 a.m. on October 15, 2011, Maria Rojas woke to the sound of her phone ringing. Police from the South Bronx’s 40th Precinct said that her eldest son had been stabbed. By the time she reached Lincoln Hospital, doctors had tried, and failed, to revive 24-year-old Joel.

Hours later, as she spoke to the local funeral director, Rojas, 42, felt her heart break for a second time that day. She was at least $1,800 short of what she needed to pay for the cheapest burial possible. That was more than she had ever made in a month.

By the end of the week, Joel was interred in Chietla, Mexico, 2,600 miles away from his family, only because they could not afford to bury him in New York City.

Death is an inevitable burden in any community. But in neighborhoods such as Mott Haven, epidemic levels of poverty, illegal immigration and violent crime provide the worst context to human loss. Rojas’ experience since her son’s death illustrates how this district, both as individual families and as a community, does not have the fiscal or social resources needed to deal with the consequences of murder.

Rojas washes employees’ uniforms at a restaurant in lower Manhattan. At the end of the month, she pays $1,300 in rent-cum-utilities and takes home about $200 to support a family of six — an unemployed ailing husband, three school-age children, and until recently, Joel. It took her five years, on a radically austere budget and a regular job, to rack up $700 in savings. She hoped, nervously, that it would be enough in case of an emergency.

It was not enough. An average funeral in the United States costs at least $6,560.

Rojas’ options for a funeral were limited. A city burial, though free, would place Joel in the potter’s field on Hart Island, in an unmarked trench along with several other indigents. The most economical yet dignified option was a direct burial, which saved on costs like embalming, flowers, et cetera, because it did not involve a memorial service or visitation.

But Rojas’ budget still did not make the grade. “Our direct burials start at $2,547,” said Michael Ortiz, 73, owner of the R. G. Ortiz network of more than 20 funeral homes across Manhattan, Brooklyn and the Bronx. “Add any of the optional elements that are part of traditional burials, and the cost can go up to $8,000.”

Ortiz’s chain is headquartered at Hunts Point, and has a smaller branch on Willis Avenue in Mott Haven. Most families in these areas have a median household income of about $1,600 per month, and cannot afford to bury their dead. Latinos like the Rojases, who comprise about 70 percent of this population, often choose to ship their dead back home instead.

“Sending Joel’s body to Mexico was the logical choice for many reasons,” said Rojas. The shipping process, mediated by Ortiz’s enterprise, cost a total of just $1,700 — about 35 percent less than what she would have paid in New York. The fact that the Mexican consulate sponsors the transport of remains when immigrants cannot afford it, allowed Rojas to spend her $700 savings on a small wake instead.

“For the Puerto Ricans, Dominicans or Mexicans, shipping their dead home just doesn’t cost as much as a grave in this city,” said Ortiz. Buying a burial plot in the Bronx costs anywhere between $650 and $6,450. “And this cost will only rise as the number of grave lots at cemeteries like St Raymond’s and Woodlawn goes down over the next few years.”

That is why more and more people are switching to cremation. The cost of interring then comes down to anything between $600 and $1,450. The management at Woodlawn too pointed out this trend. “Ten years ago, our annual burial and cremation count was 1,200 each,” said Susan Olsen, Woodlawn’s director of historical services. “This year so far, we have already had over 2,400 cremations with just about a 1,000 burials.” There is no denying that cost has been a major factor. “We also offer another low-cost option, which clients find more ‘engaging’ — glass entombment of memorabilia in our mausoleum,” said Olsen.

Cost-efficient or not, Rojas, a devout Catholic, just would not consider cremating her son. “He might not be near us, but I feel content that he is near our ancestors. With the money I had, that is more than I could have asked for,” she said.

Funeral expenses are the most obvious fallout of murder. But there is also an intangible component to the cost, which includes fear and psychological injury, among other consequences. The City’s Department of Health and Mental Hygiene estimates that 10 percent of adults suffer from serious psychological distress in Mott Haven and Hunts Point.

“Our neighborhoods are just not equipped with support systems to help families affected by murder,” said Lew Zuchman, director at the Supportive Children’s Advocacy Network (SCAN), an organization that works with youth to prevent violence. “The only city employees a victim’s family sees after the tragedy are cops. But their job is to investigate the case, not help the family deal with it.”

Rojas couldn’t agree more. Joel’s stabbing was caught on security cameras, and the police released a photograph of the suspect. Two months later, they are yet to make an arrest. In the video below, Rojas describes how she tried hard to improve her access to police information, but hit a dead end each time. ”I went back to the precinct several times, but they didn’t let me see the detective handling Joel’s case. I don’t know where else to go,” she said.

Rojas said she had no idea there were city agencies who could help her. “If there are agencies to help these people, they don’t reach out to you,” said Zuchman. “You need to know how to find them.” The U.S. Department of Justice said between 2000 and 2009, less than 10 percent of Americans affected by serious violent crime received direct assistance  from victim service agencies.

Access to victim services or other organizations is much more limited in newer migrants, said Howard Jordan, professor of criminal justice at Hostos College in Mott Haven. “There is a lack of information due to a lack of organization,” he said. “The Mexicans have a harder time because they are the most recent migrants.”

Jordan added that the Puerto Ricans, on the other hand, have representatives at various levels of governance to help them communicate their grievances. The Dominicans may not have been around as long, but they too have robust community organizations. In fact, they are organized enough to run Dominican presidential campaigns from the South Bronx.

“We Mexicans are still working to build social networks,” said Angelo Cabrera, president of the Mexican American Students’ Alliance (MASA). “Most of our organizations, like MASA or the Hands Community Center at St. Jerome’s Church, focus on education and employment training. We still don’t have the resources or political connections needed to help in situations like the Rojas case.” Cabrera also said that since most Mexicans are illegal residents, they are afraid to come forward with such issues, and try to deal with them on their own.

The cost of murders is felt not only by victims’ families, but also by the larger community. A study at Iowa State University in 2009 analyzed all tangible and intangible costs for murder (such as trauma, and work loss) in the United States, to calculate an average cost per murder victim. Their estimate exceeded $4.7 million. If costs to the system, such as those of investigation, incarceration, et cetera, were included, an average community in the country lost more than $17.2 million per murder.

One such intangible cost is years of potential life lost (YPLL), calculated by the City’s Department of Health as the difference between a person’s age at death and 75, the life expectancy in New York. Since the average age of homicide victims in the 40th Precinct this year was 25, the community lost 50 years of potential life per victim. With 20 homicides registered so far in 2011 — the highest toll in five years — Mott Haven-Melrose lost at least 1,000 years of potential life to murder in a single year.

“My son died much before his time,” she said on the last evening of the nine-day mourning period, a Mexican tradition. “He was a child who still had to live his life.” 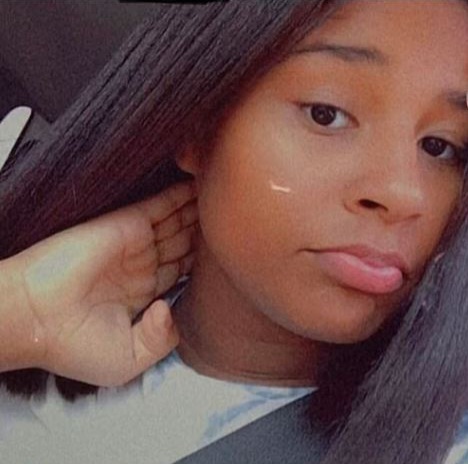