On September 30, 2009 the City Council adopted the 161st Street/River Avenue Rezoning. The zoning text and map amendments are now in effect.

The Department of City Planning (DCP) proposes to rezone all or portions of eights blocks in three areas along the 161st Street and River Avenue corridors to provide opportunities for new residential, commercial, and community facility development in the civic heart of the Bronx. In conjunction with the rezoning, DCP proposes to create a new zoning district (C6-3D) to facilitate development along River Avenue with its elevated subway line and to employ the Inclusionary Housing Program to encourage development of affordable housing. The 161st Street / River Avenue rezoning is located in Community District 4, and is generally bound by River Avenue on the west, East 162nd Street to the north, Park Avenue to the east, and East 159th and East 153rd streets to the south.

The 161st Street corridor includes a variety of land uses ranging from Yankee Stadium at River Avenue, to Bronx County Courthouse and Borough Hall at the center of the corridor, and the New York City Housing Authority (NYCHA) Morrisania Air Rights Buildings at Park Avenue. The area has experienced a number of recent public and private investments, including the new Yankee Stadium which will open in the spring of 2009,  new Bronx Hall of Justice at 161st Street and Morris Avenue, and Boricua Village, a mixed-use development in Melrose Commons at 161st Street and Third Avenue.  The area also has ample access to mass transit including the B, D and 4 subway lines at 161st Street and River Avenue and the Bx1, Bx2, Bx6, Bx13, Bx15, Bx21, Bx32, Bx41, Bx55, express bus service to Manhattan along the Grand Concourse (BxM4A/ BxM4B), and the Metro North Melrose Station and a new Metro-North Yankees/153rd Street Station, which opened in May 2009 adjacent to the proposed Heritage Field Park, site of the old Yankee Stadium.

Despite the civic uses and rich access to transit, underutilized one-story properties and seasonal uses are common. The Concourse Plaza Mall, a suburban-type shopping center, is located at the center of the corridor, and baseball-oriented commercial uses dominate River Avenue. Current zoning, which has largely been in place since 1961, unduly limits reasonable residential and commercial expansion in the transit accessible civic center of the Bronx. In addition, current zoning encourages uses and densities that are incompatible with surrounding residential and civic uses.

The Department’s proposal seeks to:

Provide opportunities for commercial expansion
As the civic center of the Bronx, the 161st Street corridor is appropriate for additional office and retail development that would cater to legal and court-related offices and employees in the area as well as to nearby residents.

Provide opportunities for residential development
Over the past two decades, the Bronx has experienced a substantial amount of new housing construction, rebounding from the disinvestment and population loss experienced during the 1970s and 1980s. However, most city-owned sites have been developed or are programmed for development, leaving a shortage of available sites for new residential development. With the population of New York City expected to increase by a million people and the Bronx by more than 100,000 by the year 2030, new areas are needed to accommodate this growth.

Direct new development to areas with transit access
The proposed rezoning would encourage residential and commercial expansion in a transit-rich, high-profile area of the Bronx. The rezoning proposal includes the creation of a new zoning district (C6-3D) that will include special design controls to facilitate high-density development near an elevated train line.

Strengthen the 161st Street corridor
The proposed rezoning would strengthen the urban design and appeal of a high-profile and significant corridor in the Bronx by requiring new development to provide a contextual street wall built at or near the street line. The proposal would enliven the street level and improve local services by encouraging the redevelopment of vacant and underutilized lots along the corridor’s length, better connecting existing civic and residential uses and transportation infrastructure.

The full .pdf presentation could be viewed here. 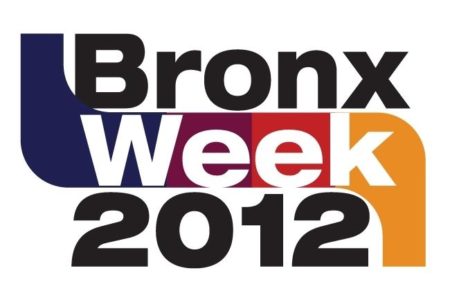