It was a frightening scene last July, with tenants jumping off a Bronx fire escape on E. 163rd St. after an electrical fire sent huge flames and suffocating smoke pouring out the windows.

And 99-year-old Saturnina Castillo thought her life was over.

Firefighters rescued Castillo from the second floor apartment where she has lived for more than 40 years, right above the unit where the fire started.

Nearly a dozen people sufferd injuries and several families were left without a home after the fire. Castillo’s apartment was severely damage, with the floors, wall and ceiling all needing to be replaced.

The city ordered Castillo out of her home until her landlord, Hiram Colon, made the necessary repairs.

“One year in July and he no doing nothing,” said Crusita Cruz, Saturnina’s daughter. “He don’t clean the apartment. He don’t do nothing.”

“The city took Mr. Colon to court in October where he signed an agreement saying that this unit would be repaired by January, 2018,” said Greg Baltz, a lawyer from the Urban Justice Center. “It wasn’t fixed by that date.”

Baltz and the UJC became involved to get Colon to make repairs and help Saturnina get back into her own place instead of sharing cramped quarters in her daughter’s small apartment.

Attempts to reach Colon for comment about Castillo’s situation and 240 open violations for unsafe living conditions in this apartment building were unsuccessful.

Several other frustrated tenants have gone to Bronx Housing Court to file for an independent administrator to take over for the landlord.

Baltz will next follow up in court on April 9, in hopes of getting Castillo back into her apartment in time for her 100th birthday on May 22. 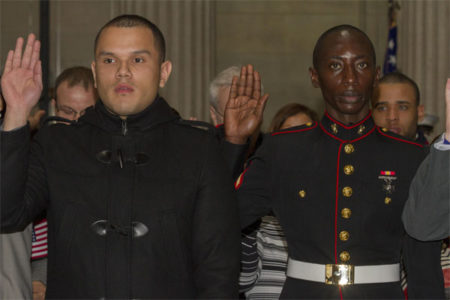