Governor David A. Paterson and the Coalition of Northeastern Governors (CONEG) today announced that the Northeast states have completed the first round of applications for federal funds to improve passenger rail. The projects will advance intercity rail improvements to the Northeast Corridor and its Connectors serving Northern New England, Upstate New York and Pennsylvania.

“The network of rail corridors that serves the northeast reflects the interconnectedness and ready travel among our states,” said Rhode Island Governor Don Carcieri, CONEG’s Vice-Chairman. “A traveler boarding in Providence, RI or Springfield, MA en route to Trenton, NJ or Wilmington, DE needs the entire system to provide frequent, on-time service. That is why our states have worked together and with Amtrak to identify the projects and corridor improvements that best strengthen rail service for all our states.”

“Faster, better rail service is vital for our future,” said New Jersey Governor Jon S. Corzine, who leads CONEG’s transportation program. “High speed, intercity rail offers valuable transportation, environmental, economic and quality of life benefits for the residents of all our states. That is why we strongly support the President’s efforts to jump-start development of high speed intercity rail systems in this country.”

Improvements on the Northeast Corridor

Along the Northeast Corridor, projects are planned on the rail line that links Boston to Washington, D.C., and include improving stations; replacing major bridges and tunnels; renovating signal systems; improving tracks to provide capacity for more trains; and allow train speeds of 150 miles per hour and higher.

A comprehensive program of improvements, once funded and implemented, will reduce travel times between Washington, New York and Boston. The time savings will increase rail’s attractiveness as an efficient, cost-effective alternative to the nation’s congested highways and aviation system. The ridership growth will also help reduce vehicular emissions by eliminating millions of automobile trips within the region and mitigating congestion on Route 95, other major highways, and major northeast airports.

In addition to reducing trip times, construction of the roster of major Northeast Corridor rail projects will provide additional benefits for both local and long-distance rail travelers. The replacement of the Portal Bridge in New Jersey, improvements to bridges in Connecticut and Maryland, renovations to the passenger rail tunnels in Baltimore and other aging and outmoded structures will improve reliability, eliminate chokepoints and allow more frequent service.

Improving Rail Service throughout the Northeast

Major improvements are also planned for the larger network of current and proposed intercity rail corridors that serve the 11 northeast states and connect large and small cities to the Northeast Corridor and the larger national rail system. These include the Keystone Corridor in Pennsylvania, the Empire Corridor serving upstate New York, the Knowledge Corridor linking New Haven-Hartford-Springfield and Vermont, the Western Vermont Corridor, the proposed Boston-Montreal High Speed Rail Corridor, and the Downeaster linking Boston-Portland and points beyond.

The Northeast states have worked collaboratively for months to review proposed improvement projects for the Northeast Corridor and the Connectors and refine those that offer the public the most benefit with the greatest cost efficiency.

Once funded under the federal High Speed Intercity Passenger Rail program, the proposed projects would be done over the next decade. Preliminary engineering and environmental documentation work would be performed first, followed by construction.

The Northeast Governors look forward to working with U.S. Department of Transportation Secretary Ray LaHood, along with the Federal Railroad Administration and the Congress to develop a cohesive high-speed passenger rail program that will benefit the region and the nation for decades to come. 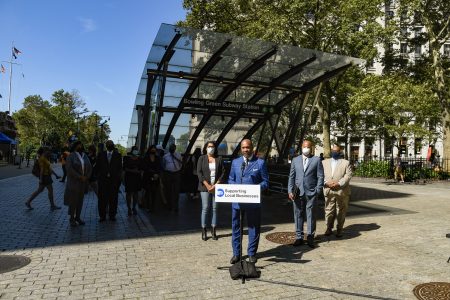 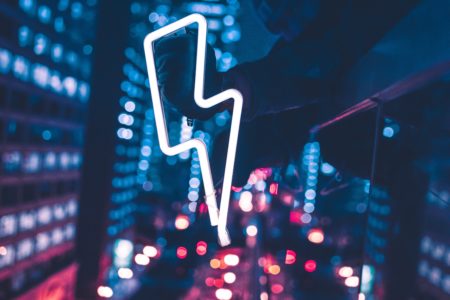