In NYC, development all too often means displacement, as new construction projects push out residents and local businesses to create luxury condos or shopping centers that pay poverty wages.

A new coalition of labor and community organizations is fighting for a different outcome. The the Kingsbridge Armory Redevelopment Alliance (KARA), a coalition of nineteen local organizations, is pushing for equitable development at the Kingsbridge Armory in the Bronx. Developer Related Companies plans to turn the old armory into a shopping center. Meanwhile, KARA is pushing Related to enter into a Community Benefits Agreement to ensure a development process that is beneficial to Bronx residents and workers.

KARA was convened in 2005 by the Northwest Bronx Community and Clergy Coalition (NWBCCC) and the Retail, Wholesale and Department Store Union (RWDSU). However, the community has been involved in this struggle for over a decade. In the late 1990s the Armory was transferred from the state to the city in a state of complete disrepair. Since that time, community members have been working with the NWBCCC to site schools at the Armory as the last open space in a severely overcrowded district with little vacant land. During the Giuliani administration the NWBCCC mobilized hundreds of residents to oppose his redevelopment plans because they did not include schools space or living wage jobs. 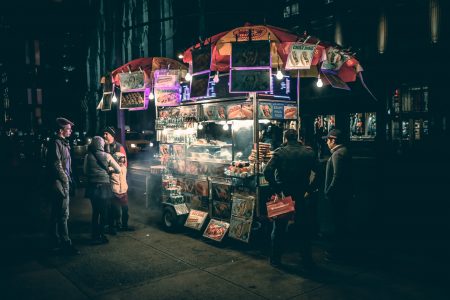