After a Sunday filled with evacuations and placements in shelters for many New York City residents, the city is now bracing itself for the arrival of Hurricane Sandy.

Wind speeds will increase as the day goes on and peak this evening. Those highest wind speeds match up with high tide, increasing the risk of coastal flooding. Wind speeds will start to trend down in the early morning hours Tuesday.

Storm surges are estimated to be between six and 11 feet during the storm.

The New York City Office of Emergency Management headquarters will be open 24 hours during the duration of the storm, getting updates from different agencies around the city.

OEM said that approximately 2,100 residents were staying in 76 public schools that are being used as shelters as of 6 a.m. Monday.

The city is able to accommodate approximately 71,000 people in those shelters.

Sandy also forced the New York City Department of Homeless Services to relocate nine homeless shelters and one intake center, transporting more than 1,000 people out of the evacuation zone. Single adults were sent to the Bedford-Atlantic Armory in Brooklyn, while families were sent to El Camino in Queens.

Gov. Andrew Cuomo will give a briefing on the storm at the World Trade Center later this morning.

Consolidated Edison has extra crews on hand as it prepares for potential power outages.

Two of the most serious threats are trees on power lines and the possibility of salt water getting into underground electrical equipment.

Mutual aid crews are heading toward the East Coast to assist with any outages.

Con Ed has several reminders for customers on how to stay safe:

– If you see downed electrical wires, do not go near them or touch them with any object.
Always assume any wire is electrified.

– If your power does go out, turn off your appliances so the circuits don’t get overloaded when the power comes back on.

– Double-check your flashlights and radios and make sure you know where they are and where your spare batteries are.

The deadline to evacuate has come and gone for residents in Zone A, where low-lying areas are at the highest risk for flooding and most vulnerable to storm surges, to leave their homes as part of a mandatory evacuation order.

Mayor Michael Bloomberg said the city can’t force residents to leave but says they’re putting their lives and the lives of others at risk.

“The biggest fear is that people don’t leave and in retrospect, they should have, they call an emergency and some of our emergency workers lose their lives trying to save others needlessly,” Bloomberg said. “If people had done what we’d asked them to do originally, that wouldn’t have happened.”

Residents who live in a Housing Authority building in Zone A will not have elevator service during the storm. Heat and hot water has also been shut off in these buildings. (See below for a list of these buildings.)

“If electricity goes out the elevators will stop and people could be trapped in them, and the heat and hot water, it’s all the electrical controls for that,” Bloomberg said. “We’re just trying to prepare. And they’re not necessary. You can use the stairs. We’ll help you if you cannot use the stairs. And heat and hot water. We’d like you to evacuate and come to the shelters or go to friends.”

Any residents who need help leaving their home should call 311.

The New York Stock Exchange will continue trading on Monday, but NYSE officials say the physical trading floor and stock exchange building will be closed.

Public schools in New York City are closed on Monday, and the Department of Education will determine on that day whether to close schools on Tuesday.

All schools in the CUNY system will be closed Monday. The SUNY Maritime College in the Throggs Neck section of the Bronx will be closed on Monday and Tuesday.

Juilliard School’s library and archives closed at 5 p.m. Sunday. All performances and events on Sunday night and Monday were canceled.

The two TSC Training Academy locations in Long Island City and Manhattan will be closed on Monday and Tuesday.

The Office of Court Administration says all state courts will be closed Monday, except for arraignments and emergency applications. Jurors should not come to the courts.

The courthouses in the Southern District of New York will also be closed Monday.

U.S. Citizenship and Immigration Services offices in the city will be closed Monday.

The New York Public Library system will be closed Monday.

All 10 national parks in the city will be closed on Monday and Tuesday and city parks are closing at 5 p.m. Sunday.

All film permits from 7 p.m. Sunday through Monday were revoked by city officials.

A fundraiser for Broadway Cares/Equity Fights AIDS called “Broadway Scares,” which was originally scheduled for 9 p.m., is being postponed.

Several Carnegie Hall performances for Sunday and Monday are being canceled or rescheduled. Visit carnegiehall.org for details.

The Metropolitan Opera has also canceled its Monday night performance of “The Marriage Of Figaro.” Tickets are being exchanged.

The observation deck of the Empire State Building closed Sunday evening and was to remain closed on Monday.

The U.S. Postal Service is making deliveries on a case-by-case basis.

There will be no Monday trash pick-ups in Zone A areas and everywhere else will be on a case-by-case basis, according to OEM officials.

The mayor is also urging people to avoid the beaches and going into the water, since New Yorkers could put their lives and the lives of emergency responders in danger.

Missing Bronx Woman Found A Block Away From Home 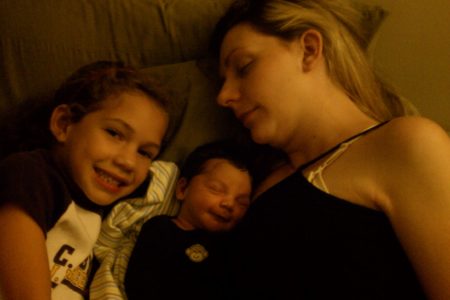