In between physics and history on Monday afternoon, Hebh Jamal, a senior at the Beacon School, was tapping out text messages and tweets to her fellow student organizers. She fielded questions about when and where the next protest would happen, doled out tips for organizing fellow classmates, and shared words of advice about the consequences students could face.

On Tuesday at noon, all that effort will pay off, she hopes, when students from across New York City walk out of their classes and stream into Foley Square in downtown Manhattan. Jamal said students from 10 different schools will join a protest against Donald Trump’s recent executive order suspending the country’s refugee program and blocking travel from seven majority-Muslim nations.

More than just a protest, Jamal hopes the event will also be a show of solidarity and give teens a sense of empowerment to take on everything from Islamophobia to student debt.

“New York City has thousands of immigrant students, and families that have visas and green cards,” said Jamal, 17. “These issues collectively will affect the younger generation and we should be able to have a say in it.”

Jamal’s Facebook profile features a picture of her at a rally, with protest signs hoisted in the background. The Bronx teen describes herself with just a few words: “Muslim. Palestinian. American. Because I can be all three at once.” A heart emoji caps the description.

Jamal, who also advocates for school integration, is already something of a veteran organizer. She was also behind a student walkout in the first week after Trump was elected — as well as a rally that attracted people of all ages to Foley Square last week.

In a tweet, New York City Councilman Carlos Menchaca shared a picture of Hebh speaking at that rally. He called her performance “inspiring and fierce.”

Tuesday’s event was put together through word of mouth and social media posts. Immediately after Trump signed the immigration order, which is now temporarily halted as it makes its way through the courts, Jamal got to work.

“I went to the mosque the next day, and the conversation at the mosque with my very close friends was: ‘If my family gets deported, who am I going to stay with? Am I next? Am I going to be able to go to college after this?’” she said. “It was scary to hear that from people who are my age.”

Within days, she called a meeting at school, created a Facebook event and sent an online invite to some friends — who shared it with their friends. Soon, more than 2,000 young people said they were interested in the walkout.

The response has kept Jamal busy. Most days, she leaves her home in Bronx by 6:30 a.m., sometimes working on her class assignments on the train. After school, she heads to her job at a nonprofit that focuses on equity issues, where she helps write policy briefs and newsletters. She doesn’t usually return home until 7:00 p.m.

On Tuesday, she’ll be missing history and physics class when she walks off campus. She is not sure what assignments her teachers will give, but she is not too worried about a missed lecture. Jamal said that protest should involve some type of sacrifice.

“There are better things to worry about in life than grades,” she said. 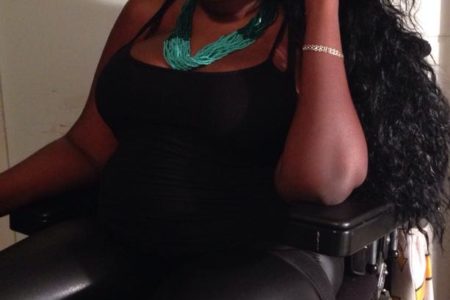