On November 2, New York First Lady Michelle Paige Paterson will present a proclamation from Governor David A. Paterson to honor the native people of New York during the opening ceremony of Lenape: Ellis Island’s First Inhabitants at the Ellis Island Immigration Museum.

The opening, sponsored by the New York State Hudson-Fulton-Champlain Quadricentennial (HFCQ) and hosted by acclaimed Lenape scholar David M. Oestreicher, curator of the exhibition, includes six galleries housing a stunning collection of prehistoric artifacts, traditional crafts, ceremonial objects, antique books, maps, archival photographs, dioramas, and sculptures. This collection is brought to life with the oral histories of Lenape tribal members, both past and present. The exhibit tells the story of the ancient life ways and history of the people who greeted Henry Hudson 400 years ago from their earliest beginnings until the 21st century. It chronicles the dispersion of the Lenape from their traditional homeland here in the East, and their emigration across the continent to enclaves in Oklahoma, Wisconsin, and Ontario. The exhibition is in many ways a homecoming for the Lenape people.

First Lady Paterson serves as the Honorary Chair of the HFCQ Commission, which has coordinated the events celebrating the 400th anniversary of Henry Hudson’s arrival to this region and led to the founding of New York City. Other special guests include: John Haworth, Director of The National Museum of the American Indian in New York City (Smithsonian Institution); Michael Pace, former Assistant Chief of the Delaware Tribe of Indians in Oklahoma; William T. Reynolds, Captain of the Replica Ship Half Moon; and Mary Ellen Flynn, whose extensive collection of artifacts augments the exhibit. Several other Delaware Indian dignitaries are also expected to address the public. The event will be highlighted by a traditional Lenape ceremony blessing the exhibition and praying for the continued preservation of Lenape ways.

David M. Oestreicher, Ph.D., the exhibit’s curator, has spent over three decades studying the Lenape, working directly with the last remaining traditionalists and speakers of the native language. This exhibit was created hand in hand with Lenape people and helps to fulfill the fervent wish of their traditionalists that their people be remembered and honored. Plans are also underway to expand the exhibition into a permanent museum in New York City or vicinity.

The original and smaller traveling version of the exhibition, In Search of the Lenape: The Delaware Indians Past and Present, has appeared at numerous historic sites. It won the 1995 award for excellence from the Lower Hudson Conference of Historical Agencies and Museums and was praised by William Zimmer as “an extended reverie, which captures the vitality and poignancy of the Lenape saga.” (New York Times) Oestreicher’s commemorative book on the Ellis Island Exhibition is also soon to be published by SUNY Press to complement the new exhibit.

Lenape is the only Native American Exhibition featured in the statewide Hudson Quadricentennial which tells the story of the Lenape from their Paleo-Indian Predecessors to modern times. It is also the first major exhibition in New York City about the first inhabitants of lower New York. The exhibit is made possible by the generosity of the National Park Service, New York Council for the Humanities, the Burns Foundation, the Statue of Liberty and the Ellis Island Immigration Museum, the NYS Hudson-Fulton-Champlain Quadricentennial Office, Governor Paterson’s office, Yale University Art Gallery, and numerous individuals.

The November 2 opening ceremony will commence at 11 AM in the Ellis Island Immigration Museum Conference Room and will be open to the public.

Bronx Comes To Life In A New Book 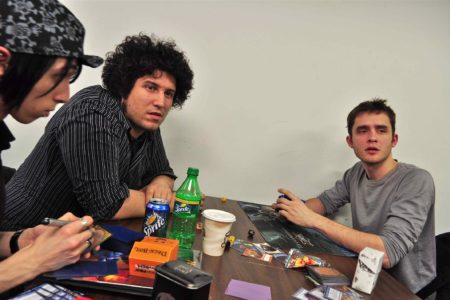