An African-American former financial advisor at JPMorgan Chase is suing the firm for racial discrimination after he resigned because his “race/ethnicity/color” allegedly stunted his career growth at the firm.

Abanga says he lost out on opportunities to service clients in four affluent branches because he is “black.” He claims three of those branches were assigned instead to two individuals with Hispanic roots, while the other branch was assigned to someone with an Indian background.

A spokeswoman for JPMorgan Chase says the firm cannot comment for this article because of the pending litigation.

The complaint claims Abanga began working for the defendants as a personal banker in 2007, and was then promoted to the position of financial advisor in 2011 “because of his outstanding performance.”

The complaint claims Abanga left JPMorgan Chase “briefly” in 2013 but was “quickly enticed to return” by his supervisor at the time, Juan Flores.

To persuade Abanga to return to JPMorgan Chase, Flores allegedly offered him the opportunity to cover four branches as a financial advisor. Abanga says he took up the offer – covering two branches in Castle Hill and two branches in Parkchester, all of which are in the Bronx – for nearly three years and had “great performance results,” according to the complaint.

The complaint claims that shortly after Abanga returned to JPMorgan Chase, Flores was transferred to a different location. In March 2017, Abanga’s supervisor at the time, Gabriel Godoy, allegedly encouraged the advisor to take a position as a private client advisor in the Harlem branch of JPMorgan Chase. Abanga did not want to relocate to Harlem because that branch, he claims, did not manage as much money as the four branches the advisor was originally assigned, and where his business was growing, according to the complaint.

The complaint claims that less than two months after Abanga refused to take the Harlem branch position, Godoy told the advisor he would no longer be covering the two Castle Hill branches, leaving him with only the two Parkchester branches.

Abanga “was completely baffled as to why the two Castle Hill branches were being taken away from him as he had been doing very well at those branches,” the complaint says.

The complaint alleges the two Castle Hill branches, apparently in a “heavily” Hispanic neighborhood, were later assigned to an “Hispanic individual who was not as qualified” as Abanga.

Meanwhile, in June 2017 a private client advisor position at the Fort Washington Branch in New York City’s Upper West Side became available, according to the complaint. Abanga wanted to apply for the position but was allegedly told by Godoy that “he could not apply”, because “the largely Jewish and Hispanic” demographics of the neighborhood “would not support him.”

The complaint alleges that the Fort Washington position was later given to an “Hispanic individual who was no more productive than” Abanga.

The complaint alleges that Abanga was deprived of another opportunity to work at another location. In July 2017, another private client advisor position became available in the Throggs Neck branch in the Bronx, which “was a profitable branch that managed a considerable amount of money,” according to the complaint. Godoy allegedly told Abanga he was not suited for the branch because it was in a “mostly Indian/Pakistani or white” neighborhood.

The complaint alleges that the Throggs Neck role was later filled by an “Indian individual who had lesser qualifications than” Abanga.

“Godoy stated that he thought [Abanga] would be best in Harlem,” according to the complaint, alleging it was “obvious” to Abanga that Godoy believed he was best suited in Harlem because he is “black.”

The complaint alleges that Godoy’s supervisor, Jeff Papa – identified as the regional director of banking and wealth at JPMorgan Chase – had “stated that he agreed with Mr. Godoy that Harlem would be the right fit” for Abanga.

“Knowing that his career would be severely limited with the defendants because his ethnicity/color/race would dictate where he could be placed,” Abanga “felt forced to leave,” the complaint says.

The complaint claims that the defendants’ practice of “refusing to allow certain branches” to be covered by Abanga because of his ethnicity/race/color is “discriminatory and unlawful.”

The complaint further claims that the defendants’ actions were “intentional and with reckless disregard” of Abanga’s rights. Those actions denied Abanga of the same rights and privileges of those with other ethnicities/races/colors, the complaint alleges.

As a result of the defendant’s actions, Abanga allegedly “suffered and continues to suffer” from emotional distress and mental anguish as well as from lost wages, benefits, and commissions.

Abanga is seeking awards of damages to be determined at trial to compensate for “all monetary and/or economic damages,” and “all non-monetary and/or compensatory damages,” such as “severe mental anguish, anxiety, stress, humiliation, embarrassment and emotional distress.” He is also seeking other awards, including for punitive damages and other relief the court may deem just and proper. 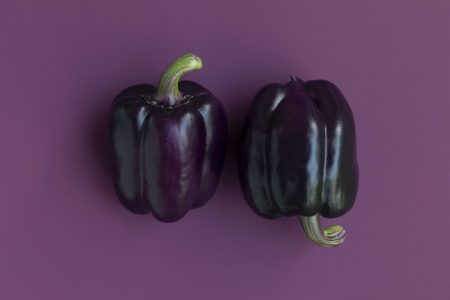 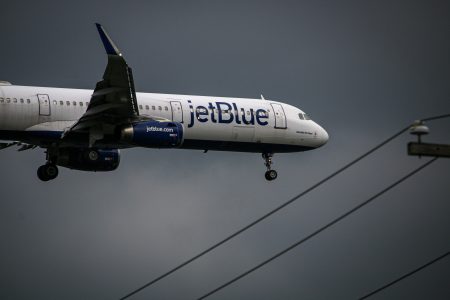 Work To Keep jetBlue Headquarters In NYC And Protect Jobs