On Wednesday, Governor Hochul is expected to unveil her vision for Penn Station, scaling down and re-prioritizing aspects of the controversial Empire Station Complex plan. The original plan called for a massive terminal expansion, the demolition of numerous Midtown blocks, and flanking the complex with 10 new skyscrapers. Governor Hochul’s plan instead prioritizes renovating the existing station, reduces the overall size–but not the number–of new skyscrapers, and puts the terminal expansion project on hold.

“We commend Governor Hochul for advancing her vision of a user-friendly and welcoming Penn Station with better accessibility and improved circulation,” said Renae Reynolds, Executive Director of Tri-State Transportation Campaign. “Governor Hochul has shown she is open to the engagement and input of stakeholders and the public. We look forward to working with the governors of New York and New Jersey, Amtrak, the Metropolitan Transportation Authority, and New Jersey Transit, to implement a comprehensive plan and vision for Penn Station that meets the entire region’s transit and mobility needs.”

Overall, the Governor’s plan is a step in the right direction–increasing concourse space and passenger circulation, improving access from surrounding streets, and making Penn Station more welcoming to hundreds of thousands of daily commuters. However, the plan falls short of addressing the station’s core transportation issues: narrow platforms and inefficient train operations, which strangle Penn’s capacity, resulting in routine overcrowding and train delays.

Penn Station is the central nerve of the entire region’s rail network; any work that is done on Penn has major implications for rail-served communities throughout the metropolitan area. As a prime example, frequency of service on every train route that serves Penn is contingent on the station’s capacity, which is stymied by narrow platforms and inefficient train operations. Infrequent service means less reliable mass transit, fewer riders, less valuable transit-oriented development, and limited access to new jobs and housing in a region that has outgrown its transit infrastructure.

A plan for Penn Station that aims to fundamentally transform the commuting experience must prioritize running NJ Transit and MTA railroad service through Penn Station–instead of terminating it there–to points outside Manhattan, which is key to implementing a modern, unified regional rail network. Given the climate change, housing affordability, and traffic congestion crises afflicting the tri-state area, we encourage Governor Hochul to continue working with us on a comprehensive transportation plan that matches the scale of the solution with the scale of the region’s problems. We commend the Governor for her leadership, and we look forward to a brighter future for Penn Station and, hopefully, the region. 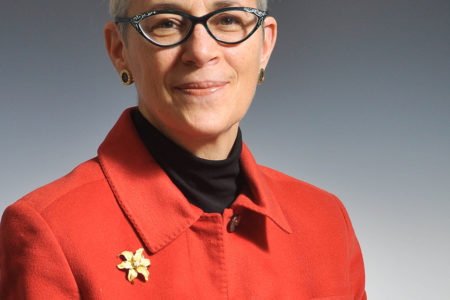