Home / News / Entertainment / Games / Gambling In New York State: What Is & What Is Not Allowed?

Gambling is a very popular pastime across most of the world and many forms of gambling, including playing online, has become legal in various countries. Laws regarding gambling in America vary between states, so we thought we would take a look at what is and is not legal in one of the most popular states of all, New York.

What Is Legal In New York?

Like many other states across America, New York has legalised many land-based forms of gambling, although they can only be enjoyed at licensed venues. At the time of writing, there are several tribal brick-and-mortar gambling venues available across the state. Some of these tribal venues are small facilities offering racinos and a small selection of slot and video poker machines.

Other venues located within the state, however, are larger and similar to the giant resorts found in Las Vegas which offer a wide selection of games. Several of these brick-and-mortar venues also allow for sports betting, allowing visitors to bet on different sports games and events. However, this can only be done at select venues.

In addition, New York’s state-run lottery, which is the second-oldest in the country, remains popular. In fact, it has been reported that the residents of New York state buy more lottery tickets than the residents of any other state in America.

Everything Illegal In New York State

In addition, online gambling, despite its popularity in other countries, is also banned within the state. This covers both online and mobile sports betting as well as traditional online gambling such as playing video slots, table games, live casino, and more at an online gambling website. While residents of New York state can still access such websites, it is illegal to register and play at these online casinos.

Will Online Gambling Ever Be Legalised?

Online gambling has grown in popularity all over the world, but it remains illegal in New York state and several other states across America. However, attitudes towards gambling are changing in the country, particularly after the US Government overturned the Professional and Amateurs Sports Protection Act of 1992 which outlawed brick-and-mortar sports betting across the country with the exception of a few states.

With this in mind and as support for online sports betting and general gambling grows across the state, we could eventually see the country allow online gambling or allow states to dictate whether or not the activity should be legalised, similarly to how the legalisation of sports betting has been handled. Not only would allowing online gambling in New York and other states be greatly beneficial for the country’s overall economy, but it would also provide US residents with a fun and exciting hobby to partake in.

If online gambling is ever legalised across the entire United States, we believe it will take a few more years. In the meantime, we will continue visiting brick-and-mortar venues for some old fashioned gaming.

Teddy Rosario, 28, Arrested For The Murder Of Christopher Lewis, 54 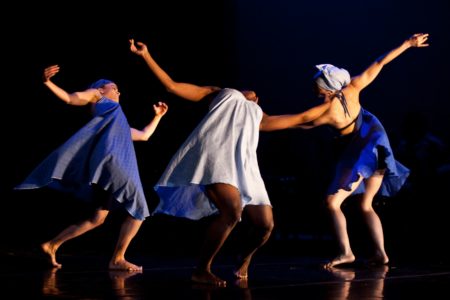