A new investigation centers on whether some police officers helped fix tickets.

The investigation began in the 52nd Precinct and has now extended into every stationhouse in the Bronx.

There are allegations that New York City police officers fixed the parking tickets of their relatives and friends, and in some cases, accepted money and gifts in return.

“There should be no favoritism at all,” Police Commissioner Ray Kelly said, “We expect officers to enforce the law objectively.”

The commissioner refused to discuss the case which is now in the hands of a Bronx grand jury.

But sources confirmed to Eyewitness News that the investigation goes back nearly two years, after detectives uncovered the scandal while eavesdropping on a drug case.

The scope of the investigation could not be confirmed late Monday afternoon.

Several published reports indicated that at least two dozens officers may be involved.

The number of parking tickets issued in New York is rising.

While several officers have told the Eyewitness News investigators that they were pressured to write summonses, the commissioner has denied that any of his officers must meet quotas.

Monday, Mayor Bloomberg refused to comment on the investigation.

Woman, 56, Dies After Being Hit By Car In Bronx 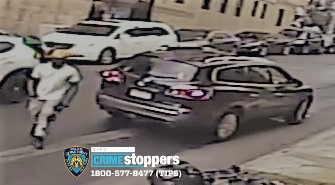