The arrests of two members of New York’s assembly came two days after federal authorities arrested state senator Malcolm Smith in an alleged plot to bribe his way into the New York City mayor’s race. Smith, released on bail, said he’ll be vindicated. Several other politicians also were charged in that case.

Then on Thursday, assemblyman Eric Stevenson, a Democrat from New York City’s Bronx borough, was arrested in a bribery investigation. Another state assemblyman charged with crimes agreed to cooperate with the investigation, with the understanding that he would resign his position.

The identity of the second assemblyman was not in court papers, but Assemblyman Nelson Castro, another Bronx Democrat, told assembly speaker Sheldon Silver that he is resigning, spokesman Michael Whyland said. Court papers filed in federal court in Manhattan also revealed that a cooperating witness in the case had once been an assembly candidate.

At a news conference Thursday, US attorney Preet Bharara highlighted some of Stevenson’s quotes heard by investigators, including one in which the assemblyman allegedly said “if half of the people up here in Albany was ever caught for what they do… they… would probably be in (jail).”

It was not immediately clear who would represent the 46-year-old Stevenson at a court appearance Thursday on bribery, conspiracy and other charges.

In court papers, the government said Stevenson accepted about $20,000 in bribes in exchange for drafting, proposing and agreeing to enact legislation to aid his co-defendants’ businesses, including an adult day care center in Bronx, the Westchester Avenue Center which opened a month ago. In return for bribes, the government said Stevenson agreed to propose legislation that would ban the construction of any other adult centers that might compete with the Bronx facility for three years.

The government said it had audio and videotaped conversations between the defendants, including a recording of Stevenson accepting an envelope containing $10,000 in cash last September outside a streak house after the assemblyman had balked at receiving the money inside the restaurant because he feared it would be captured by the business’s video surveillance system.

According to court papers, law enforcement officers recorded Stevenson stuffing the envelope into his front pants pocket and covering the pocket with the bottom of his shirt.

One Teen Arrested, Another Escapes After Crashing Stolen Car In Fairfield, CT 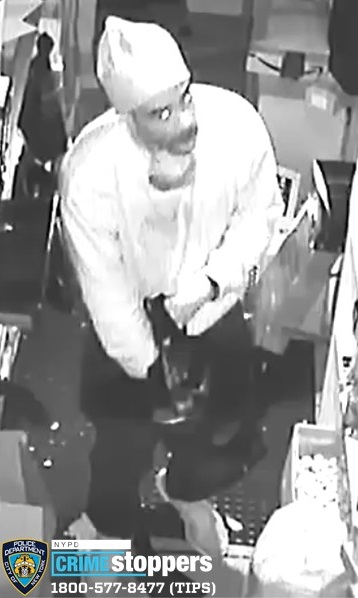