Home / News / Science / A Wolf In Other Clothing

I was hospitalized for ten days in late July. In August, to rebuild my strength, I took my dog on increasingly long walks around town. We went virtually every day; the exercise was good for both Buster Brown and me.

Buster is such a mongrel it’s hard to be sure what breeds have contributed to his makeup. He retrieves sticks thrown into the water and he looks like he has some Labrador in him, but he has the tail of a German Shepherd. His wide head makes me think of a pit bull. Buster’s vet says that both his sire and dam were likely mutts themselves.

The amazing differences in size and behavior of the various dog breeds caught the attention of Charles Darwin in the 1800s. Darwin is famous for his theory of natural selection and the evolution of species, but he also wrote on a number of other topics over his long life. Darwin thought that the wide range we see in breeds of dogs meant they had different contributions from their wild counterparts, namely the wolf, the coyote, and even the jackal. Konrad Lorenz, a famous animal researcher from the 20th century, agreed with Darwin’s basic notion that more than one wild canine species contributed to the different breeds of domestic dogs.

It seems pretty clear now that Darwin and Lorenz were wrong when it comes to the origins of man’s best friend. I was reminded of the old debate and the modern evidence about it by Ted Kerasote’s excellent and best-selling book on all things dog, “Merle’s Door.” As more and more dog bones associated with human fossil remains were unearthed, the more they seemed to have in common with local wolves, not coyotes or jackals.

UCLA scientist Robert K. Wayne brought the power of modern genetics to bear on this old debate about the origin of dogs. As you may recall from high school biology, cells contain bodies known as mitochondria that lie outside the cell nucleus. The DNA found in your cell nucleus is inherited from your mother and father. But there is also DNA in the mitochondria, and it’s inherited only from your mother. I call this DNA your “mama-DNA.” Wayne looked at the “mama-DNA” found in 162 wolves, 5 coyotes, 12 jackals and 67 breeds of dogs. The results were clear: from my faithful Buster Brown to an enormous St. Bernard and a little Pekingese – all dogs owe their existence to wolf stock.

It was the wolf, more than the coyote or jackal, that long ago joined us in the circle around the campfire. When humans started controlling which canines bred with which, the distinctions of breeds began. As history unfolded, my mutt from the pound appeared and joined me on my six-mile ambles around town. 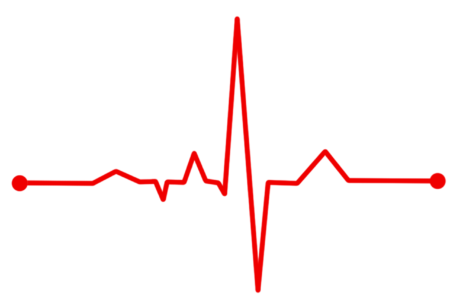