Home / News / Politics / A Democratic Gimmick On The “Dream Act”: Do Nothing And Blame The Republicans

You should know that here in Albany, the Capital of the State of New York, where laws for the state are debated and approved, you will find some elected officials who are doing nothing to protect our poor and needy communities and instead blame the Republicans for their inaction and lack of courage to stand for what they promised their constituents during election time.

Then you might ask, why is that for the past three years we have not done it? Because there are some members of the Legislature that say one thing back in the City and to the Hispanic media and then say and do something quite different when they return to Albany, or when the Governor calls them.

I was surprised and amazed, to read an article in the New York Daily News, written by Mr. Kenneth Lovett titled: “Decision time.” This article was published on Monday, January 27, 2014 and it detailed how “a top democrat has expressed political concerns about the push to pass a bill to create a State Dream Act authorizing State financial assistance to college kids.” Mr. Lovett continues stating that “Several Legislative Democrats and Dream Act advocates said Senator Michael Gianaris…fears the issue could harm Democratic chances to get re-elected.”

There are also rumors that Governor Cuomo called Assembly members Felix Ortiz, Francisco Moya and others to his office and some of them joined the Governor by stating that “maybe it will be better for us to wait a little bit because the Republicans will not allow the vote to come to the floor.”

You should know that the Republicans never wanted to bring the gay marriage vote to the floor, it was because of Governor Cuomo and the Democrats’ pressure that forced the hands of the Republicans against their will and as you know gay marriage was voted and approved in New York State.

You should also know that the Republicans never wanted to bring to the floor “The SAFE Act” legislation but the Governor and the Democrats one more time forced their hands and the SAFE Act was approved in New York State.

By writing this column, it is my intention to let you know that when we Democrats really want to do something, we do not need the Republicans because we have the votes, the unions, the Assembly, the press and the majority of Senators in the Senate.

It is my intention to let you, my dear readers know, that there is no reason why our community has to be waiting for three years to include 25 million dollars in New York State’s budget and create the “Dream Act.” We don’t have to blame the Republicans, we just have to be honest with our immigrant community and tell them if we really want it or not.

The Governor and my colleagues should put the same efforts, energy and desire that they put into passing gay marriage and the SAFE Act and once and for all stop the gimmick of blaming the Republicans and admit their lack of action.

I am State Senator Rev. Rubén Díaz and this is what you should know. 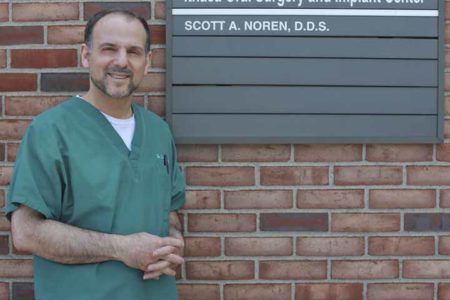