A Bronx man, his Leominster, MA mother and a co-worker from Fitchburg pleaded guilty this week in Worcester Superior Court to defrauding the state of hundreds of thousands of dollars in unemployment benefits.

Elis Reyes, 28, of the Bronx, pleaded guilty to 34 counts of unemployment fraud, 32 counts of larceny of more than $250, and six counts of forgery. Judge James Lemire sentenced him to three to four years in state prison, followed by 2-1/2 years in the House of Correction, to serve on and after his state prison sentence, suspended for five years. Mr. Reyes was ordered to pay $80,000 of the total restitution of $406,624 in one year and sentenced to additional five years probation, according to the attorney general’s office.

Teresa Cruz Colon, 53, of Leominster, MA, pleaded guilty to 13 counts of unemployment fraud and 13 counts of receiving stolen property. Atia Dobson, 33, of Fitchburg pleaded guilty to charges of larceny of more than $250 and two counts of identity fraud. They were both sentenced to three years’ supervised probation, according to the attorney general’s office.

Ms. Colon and Mr. Reyes were indicted Oct. 25 on charges stemming from what Attorney General Martha Coakley’s office said was the theft of more than $400,000 in unemployment benefits. They allegedly created bogus businesses and used others’ identities to collect jobless compensation from the state.

Mr. Reyes and one of his former co-workers, Ms. Dobson, were also charged in the alleged theft of $77,000 from a temporary staffing agency where they worked.

Prosecutors allege that between 2006 and 2010, Mr. Reyes order xanax 2mg carried out five distinct criminal schemes, three of which involved the state Division of Unemployment Assistance; the other two involved companies for which he had once worked.

Mr. Reyes had worked for a staffing company that placed temporary workers in various businesses. One business that used the staffing company was a Leominster manufacturing plant that closed in 2006.

Authorities allege that Mr. Reyes used his knowledge of the company to steal more than $53,000 in unemployment benefits for employees who never worked there. The unemployment checks were allegedly deposited in bank accounts held by people associated with Mr. Reyes, including his mother.

He is also accused in the theft of more than $350,000 in additional unemployment benefits by creating his own staffing companies and filing claims for employees he said had been terminated.

Mr. Reyes, who is facing multiple counts of unemployment fraud, larceny and identity fraud, was being held in federal prison on an unrelated matter when the indictments against him were returned last month, according to authorities. The charges against him are being prosecuted in Suffolk Superior Court.

In the case involving Ms. Dobson, prosecutors allege Mr. Reyes allegedly contacted the company for which they had worked and, using a false identity, requested the placement of temporary employees.

The staffing agency, believing that these temporary employees were actually working at a company, issued checks for their services, according to prosecutors. Authorities allege that none of the “employees” actually performed any work and that Ms. Dobson retrieved the checks and gave them to Mr. Reyes. 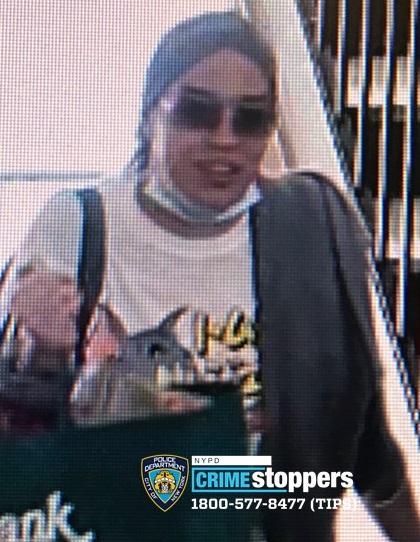