More than 20 members of a violent Bronx-based drug trafficking crew known as the Murda Moore Gangstas were arrested Wednesday by federal agents and the NYPD, law enforcement officials say.

Agents from U.S. Immigration and Customs Enforcement, DEA, IRS and the NYPD began rounding up the suspects early Wednesday and were processing the gang members at the 43rd Precinct in Bronx.

The Murda Moore Gangstas gang is based in and around the Moore Houses in the Mott Haven section of the Bronx. The suspects in custody will appear in federal court later Wednesday.

Court papers filed in federal court in Manhattan describe the gang as a criminal enterprise involved in street robberies, assaults, and sales of crack cocaine, marijuana and other drugs.

Gang members controlled the territory in and around the projects through violence including shootings, robberies, assaults and narcotics trafficking. The gang members have also been involved in continuing feuds with several rival Bronx gangs.

“This organization’s alleged illicit activities of narcotics and weapons trafficking created a nightmare of crime and violence in the neighborhoods where they operated,” said ICE Special Agent in Charge James T. Hayes.

“Law-abiding residents in surrounding areas of the Moore Housing projects had been caught in the crossfire of violence associated with drug trafficking,” said DEA Acting Special Agent in Charge James J. Hunt. “Today’s arrests are the second wave of an investigation focused on reclaiming the Mott Haven community from the carnage, crime and fear that are linked to the Murda Moore Gangstas’ drug operations.”

Anthony Portis, 30, Arrested For The Murder Of Dominique Ben-David, 22 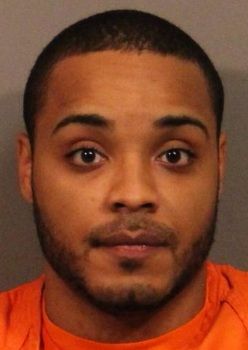