This time last year many political prognosticators thought it likely that Ruben Diaz Jr. would be on the 2017 Democratic primary ballot along with Mayor de Blasio. And that’s exactly where he will be on Tuesday—except instead of making noise as a challenger to the sitting mayor making a bid to be the first Latino in City Hall, Diaz will be seeking re-election to his current post.

Democrats in the city’s mainland borough have a slate of races to vote in on September 12. Some are considered competitive: the feisty race to succeed Melissa Mark-Viverito, the four-way primary to replace James Vacca in the East Bronx, the ongoing leftist insurgency against incumbent Fernando Cabrera in the 14th district and the fascinating contest in Soundview pitting Sen. Ruben Diaz Sr. against a young, multiethnic band of progressive first-time candidates.

Other races, like the mayoral primary, or David Eisenbach’s long-shot attempt to unseat Public Advocate Letitia James, or the re-election bids by Andy King and Rafael Salamanca, look to be sleepers.

But the borough president primary in the Bronx—the only one in the city–looks to be the sleepiest. It does not appear that a single news story has been written about it. There has not been a single debate. Diaz has out-fundraised his two opponents by a factor of more than 220 to one. Neither they nor he bothered to record video statements for the annual Campaign Finance Board voters’ guide.

On one hand, the silence is not surprising. Since a 1989 charter change ended the Board of Estimate where “beeps” had powerful votes on the budget and land use, the office has lacked power or profile. It is at best a slippery stepping stone to bigger things: One-time borough presidents Robert Wagner Jr., David Dinkins and Scott Stringer did move from the borough presidency to citywide office, but Ruth Messinger, Fernando Ferrer and C. Virginia Fields failed to do so. Job security comes with the territory: Only one sitting borough president has ever lost a bid for re-election in the Bronx. Diaz has been re-elected twice, besting his opponents by a seven to one margin.

But just because the race is quiet does not mean it is insignificant. If he wins re-election and serves out his term, Diaz will have been borough president of the Bronx for nearly 13 years—he won the office in an early 2009 special election after Adolfo Carrion joined the Obama administration. That will associate him pretty closely with whatever picture of the Bronx exists in 2021. And that picture is in flux. The de Blasio administration has targeted two Bronx neighborhoods—a section of the Jerome Avenue corridor and a slice of Southern Boulervard‘s path for neighborhood rezonings. There are a lot of worries in the borough about gentrification, displacement, soaring commercial rent and other byproducts of development. Diaz has been a forceful cheerleader for development, arguing that the Bronx needed apartments priced not for the very poor but for the generation of Bronx-bred young professionals the borough needs to keep.

In his statement for the CFB voter’s guide, Diaz says his top goals are to “continue to attract positive development, create equity in education [and] tackle negative health disparities.” He points with pride to what he says was “an incredible $3.27 billion and more than 14.2 million square feet in total development” in 2016. And he boats that, “Over 100,000 more Bronxites are working and unemployment has been cut by more than half to the lowest number we have ever seen,” since he took office.

“We’ve created jobs, increased wages, improved the health and well-being of our residents, built thousands of units of affordable housing and provided our schools with much-needed capital funding. We are attracting new businesses and new development. We are moving in the right direction.”

Camella Pinkney-Price is Diaz’s better known challenger. She was an aide to the beep’s father and then to Diaz Jr. himself for a combined 17 years until she was fired from her post as deputy chief of staff* in 2013. She sued Diaz for racial discrimination in her ouster, but dropped the suit two years ago.

“I know all the work that I did when I was in the office with him and I know the needs of the people aren’t being met,” Price tells City Limits. She questions Diaz’s development goals, arguing they are poorly aligned with the needs of the Bronx because the borough’s young people aren’t making the salaries they need to afford the new housing. She says much of the work created by that development has gone to people from out of state. “Are we really trying to bring careers? It’s not about jobs, it’s about careers.” She say she wants to see no new homeless shelters and divert the money to build permanent housing instead, following Democratic mayoral challenger Sal Albanese’s plan to use nonprofit developers to build those units.

Price has raised just under $6,000 and has about $1,644 on hand, but says she is counting on grassroots support. The third candidate on the Democratic ballot, Avery Selkridge, has not registered with the CFB and did not respond to request. For his part, Diaz raised more than $1.3 million, received $215,000 in public financing and has spent some $830,000 over the four year campaign cycle—on his political operation, including discerning whether to run for mayor, not necessarily on this primary race. 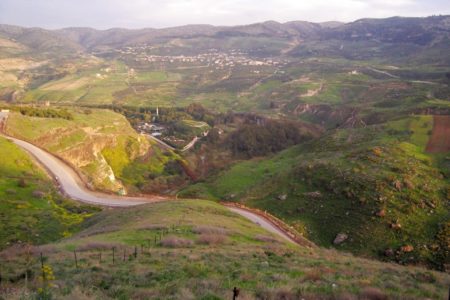 The Prospect Of A Syrian-Israeli Peace Agreement