You should know that thirteen years ago, to be exact, on April 01, 2006, I organized, together with Radio Visión Cristiana Internacional, Radio Cántico Nuevo and the New York Hispanic Clergy Organization, the first massive pro-immigrant march across the Brooklyn Bridge in New York City.

In response to a national call-to-action for every major city in the nation to organize and protest the mistreatment of immigrants, and to address the necessity of solving the immigration problem in the nation, we, the Hispanic Ministers and other community groups organized the Great Walk in Solidarity with Immigrants where thousands of people joined us marching across the Brooklyn Bridge to 26 Federal Plaza, where our rally was held.

Referring to our march, Ms. Leslie Casmir, in her article titled “Marching to Stay Here: Thousands Rally vs Immigrant Crackdown” in the New York Daily News on April 02, 2006 wrote the following: “Waving the flags of their homelands, tens of thousands of legal and undocumented immigrants streamed over the Brooklyn Bridge yesterday to protest a proposed crackdown on border crossing. The march was a smaller version of a massive pro-immigrant rally in Los Angeles last month but was still much bigger than anticipated – with word being spread mainly through Spanish churches and media.”

Various major news and media outlets in New York covered the Great Walk in Solidarity with Immigrants, expressing their admiration for the march.

Ms. Lorena Mongelli wrote the following in the New York Post on April 02, 2006: “A roiling sea of immigrants – many of them in the country illegally – and their supporters poured across the Brooklyn Bridge and into Manhattan yesterday to protest what they call “oppressive” reform measures currently under consideration in Congress. Marchers, waving flags from Mexico, Colombia, Honduras and El Salvador, chanted and carried signs recalling America’s roots during the demonstration, organized by state Sen. Ruben Diaz, a Bronx Democrat and native of Puerto Rico.”

Mr. Nicholas Confessore wrote an article in the New York Times on April 02, 2006 titled “Thousands Rally in New York in Support of Immigrants’ Rights” stating: “Thousands of people marched from Brooklyn to Lower Manhattan yesterday in support of immigrants’ rights, the largest such rally so far in the New York area and the latest in a string of marches tied to immigration legislation under consideration in Congress.”

Even Mr. Andrés Duque, in his blog Blabbeando, wrote here the following on March 31, 2006, the day before the March: “Hey, even I have acknowledged that the Reverend Diaz has done a great deal for immigrant communities.”

On that occasion, April 1st, 2006, they addressed over 50,000 people in attendance of the march and also thanked the Hispanic ministers and I for our concern and protection of the immigrants.

As you can see, my dear reader, we, the Hispanic Clergy have been fighting for immigrants for many years. Some may even say that we even began the movement here in New York City. We will continue fighting, knowing that after thirteen years since our historic “Great Walk in Solidarity with Immigrants”, the United States Congress has yet to resolve the situation of 11 million undocumented immigrants in the United States.

You may see some photos from the 2006 march by visiting here, here and here.

Troy George, 54, Arrested For The Murder Of Harold Bates, 29 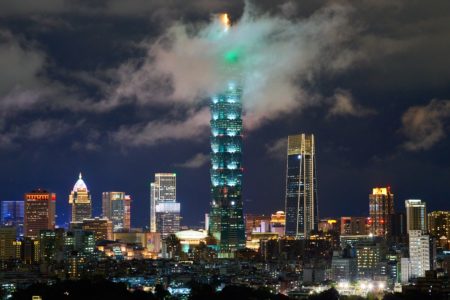 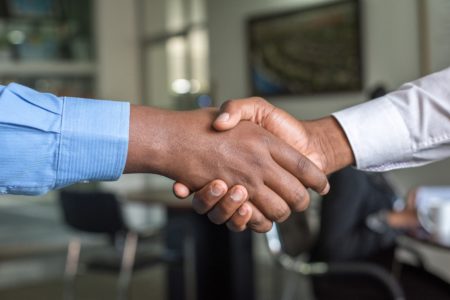