Target has confirmed plans to anchor Simone Development Companies‘ Throggs Neck Shopping Center with a 165,000-square-foot location at the intersection of Lafayette Avenue and Hutchinson River Parkway. The location will be the retailer’s third in Bronx.

“We are delighted to announce two more stores coming to the New York City area,” said Samir Shah, senior vice president of stores, northeast, in a statement. “The new Target stores will allow us to deliver our ‘Expect More. Pay Less.’ brand promise to even more guests in the area, and continue our legacy of giving to the local community.”

Target, whose involvement with the Bronx development had been well known, will be joined by junior anchor T.J. Maxx at the 285,000-square-foot shopping center slated to open in March of next year. T.J. Maxx signed a 28.417-square-foot lease last year. Other tenants committed to the development include Applebees, Famous Footwear and MetroOptics Eyewear. 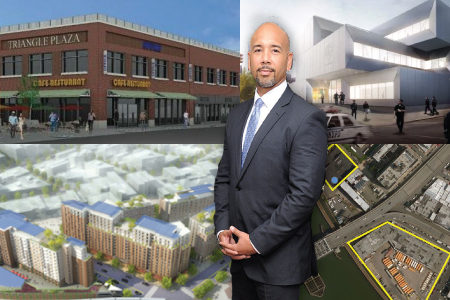 Investors Poured $1B Into South Bronx property In 2015