Lehman College alumnus Nelson Torres (B.A., ’98; M.S.W., ’08) has won an Emerging Leadership Award from the National Association of Social Workers (NASW) for his work with the Lesbian, Gay, Bisexual, and Transsexual (LBGT) community of Bronx.

Torres, who is the site director for the Bronx office of the Hispanic AIDS Forum, might be surprised but others are not. “What is particularly great about Nelson is his empathy, support, and leadership with lesbian, gay, bisexual, and transsexual teens who are struggling with their sexual identity and coming out,” noted Dr. Carl Mazza, who directs Lehman’s Master of Social Work program. “He has, almost singlehandedly, developed an annual ‘Coming Out’ event at Hostos Community College for young people.”

Born in Puerto Rico, Torres migrated to New York with his family in 1988. After graduating from Lehman with a degree in sociology, he went to work as a case manager with the Citizen’s Advice Bureau, working in homelessness prevention and later in prevention services for children.

After working with street workers and other members of the LBGT communities who are marginalized by society, he began to work for the Hispanic AIDS Forum, Inc. Another focus of his work has been helping young Latinos who are being ostracized by their families for their sexual orientation.

As part of his work there, Torres created the now-annual Coming Out Day in the Bronx, and is part of an international observance. This year’s Coming Out Day, held on October 14, 2011, drew 700 people, including Bronx Borough President Ruben Díaz, Jr. “There’s a lot of hate crimes and homophobia in the Bronx,” said Torres, “and we need to celebrate our borough’s diversity so that everyone can feel included.”

In 2005, Torres, who was living in the Kingsbridge section of the Bronx at the time, was himself the victim of a hate crime. He was assaulted by a group of 15-20 youths because they assumed he was gay. The crime only strengthened his resolve to help people.

Torres will accept his award in a ceremony on December 1, 2011.

At Bronx Education Summit, Criticism Of Mayoral Control And Department 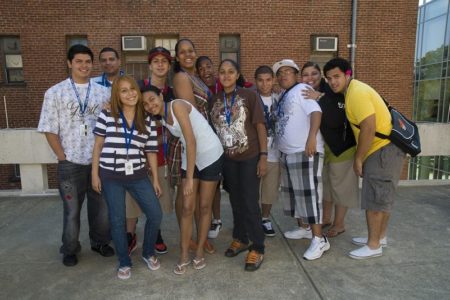