I entered the New York City public school system this past September. Rather, my 5-year-old child, a proud, subway-riding New Yorker, entered
kindergarten and we had to decide what schools to put on our wish list.

One of the things you quickly realize when looking through the school report cards, ratings and statistics is that New York City public education is failing our children.

As a scientist I approach questions with a focus on the data, so I started looking for a reason that would point to a solution. It turns out New York City schools lack essential tools required to provide our children with a basic public education. Our schools lack teachers. Our schools lack books. Why does the best city, New York City, withhold education from its youngest New Yorkers? It was at this point that I learned that the state of New York is withholding legal mandated public education funds from our children.

In the Campaign for Fiscal Equity case decided over ten years ago, New York State was required to increase education funding so that our children can receive a “sound basic education.” After more than a decade, the State is still failing to uphold the court’s decision to adequately fund our schools. This “school funding system” of providing educational opportunities to some while denying that educational opportunity to others exacerbates geographical inequities, institutional racism and economic injustice.

For years, the Republican-controlled Senate has blatantly been ignoring the New York State Supreme Court decision and voting against adequately funding our neediest schools. You thought that the State Senate had a Democratic majority? Well, Republican control of the state Senate is only possible thanks to an arrangement between Republicans and eight Democrats who make up the Independent Democratic Conference (IDC). My own state senator, Senator Klein, is the ringleader of the IDC.

The cabal of senators which comprises the IDC were elected based upon the (D) by their names, because we presumed that meant they would vote for progressive, Democratic bills to support education in all communities for all our children. But instead they vote with the Republicans, including when education funding bills come to the floor. Senator Klein and his IDC will continue to vote against our children to ensure IDC members continue to get money and committee appointments from the Republican party. In voting to empower the Trump-backing Republicans as the leaders of the Senate, the IDC is standing directly in the way of our schools getting what they need to teach our children.

Right now, $4.2 billion is being denied to our children for their education by the state of New York. That state money could pay for more schools, arts and music programming, science labs and technology. A better student to teacher ratio. A reduction of overcrowding and the freedom to get a quality education. Nearly $84 million of that total is owed to Senator Klein’s own district – my district. Senator Klein has been voting against money for his own constituents so that he can stay in a seat of power in the Senate. He also enjoys “giving” money to select schools with a flourish, in order to look like a public school ally. This a fraction of the of taxpayer money that the schools would be given by the state if he and the IDC voted in favor funding our children’s education.

Members of the New York State Legislature must provide for our children. That is their responsibility as our elected representatives. The IDC members need to make a Decision, with a capital D just like the one they put next to their names on the ballot. Will Senator Klein and the IDC continue to stand with Republicans and block funding for our children’s education? Or will they do the right thing: disband the power-grabbing IDC, and take a stand alongside the true Democrats to fully phase into the budget the money awarded by Campaign for Fiscal Equity to educate all our children?

I have already made my wish list for how they will decide, but they should all know that the (D)’s beside their names are no longer big enough to hide behind. 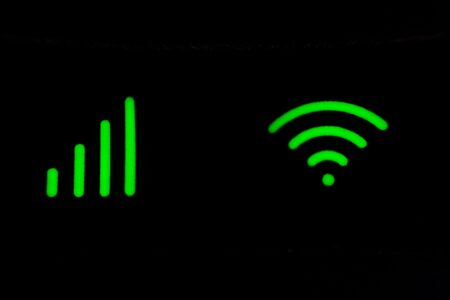