The Metropolitan Transportation Authority (MTA) today released the final plan for the Bronx Bus Network Redesign that proposes two new local routes and one new express route, increases service frequency on nine corridors where multiple bus routes share streets, improves crosstown connections, balances stop spacing and streamlines circuitous routes to increase service reliability and intermodal transfers for 675,000 customers throughout the borough. The network redesign provides a new baseline upon which the MTA can make adjustments to tailor service to ridership while improving service for the majority of Bronx residents.

“The Bronx bus redesign gives us the opportunity to build a foundation for a new high-frequency network to serve the largest number of riders at the times when they need bus service the most,” said MTA NYC Transit President Andy Byford. “This is a customer-focused proposal that incorporates an unprecedented level of public input realized by finding innovative ways to reallocate and reinvest finite resources.”

“We are proposing a new Bronx bus network with higher frequency, more coverage and more points of transfer,” said Craig Cipriano, Acting MTA Bus Company President and Senior Vice President for Buses of NYC Transit. “This redesign is a dynamic customer-focused initiative that we will continue to refine as customers respond to changes.”

The proposed redesign updates the Bronx’s bus routes, which have largely remained unchanged since they were converted from trolley lines nearly a century ago or absorbed from private bus lines that were consolidated into the MTA decades ago. It took into consideration the routes’ performance, speed, ridership and reliability on key corridors, and how individual routes contribute to the larger network. Altogether, the proposal established a new baseline of bus service in the Bronx and a new foundation upon which the MTA can build as the borough continues to evolve and change. Once the redesign is implemented, the MTA will closely monitor service to ensure new levels are closely aligned with ridership and customer demand.

“DOT is excited to join our partners at New York City Transit in this generational redesign of the Bronx’s bus network, especially in neighborhoods with limited subway access,” said NYC DOT Commissioner Polly Trottenberg. “As part of this effort, DOT has identified 10 major Bronx corridors where we will install bus lanes or other bus priority treatments to reduce travel times and improve reliability for bus riders. We look forward to working with NYCT and local stakeholders on these ambitious plans to better serve the bus riders of the Bronx.”

Under the Fast Forward plan to improve bus service, NYC Transit is redesigning the bus networks in every borough of New York City, starting with the Staten Island Express Bus Redesign that was implemented in August 2018, resulting in faster bus speeds, better reliability, and hundreds more trips during each week. The Bronx is the first borough to undergo a redesign of both the local and express routes at the same time.  The MTA used customer feedback, traffic data and analyses, on-the-ground information from employees, and collaboration with NYCDOT and NYPD to find ways to shorten bus travel times, increasing reliability and frequency for the largest number of customers. Redesigns of the Queens and Brooklyn local and express bus networks are also underway.

NYC Transit conducted extensive public outreach, hosting two Fast Forward Community Conversations, six workshops, nine open houses and 13 on-street outreach events at key bus locations in the Bronx and Upper Manhattan, 11 presentations to community boards in the Bronx and Manhattan, 64 social media posts, and digital signage at 200 subway stations systemwide. Public outreach will continue for the final redesign proposal, including community board presentations, informational sessions, open houses and a public hearing. The MTA Board will vote on a plan before any changes are implemented in mid-2020. A schedule of public outreach events will be announced at a later time, including a first-ever virtual open house providing information on the final plan for members of the public who are unable to attend an event in person. Questions for the virtual open house can be submitted online at new.mta.info/bronxbusredesign or on Twitter using the hashtag #bronxbusredesign.

All public reports and presentations generated during the redesign process are Published online on a dedicated project website, which includes information on the Bronx bus network redesign, route-by-route proposals, and a trip planning tool with proposed changes and schedules. Learn about the redesign at new.mta.info/bronxbusredesign.

Bronx Borough President Ruben Diaz Jr. said: “The Bronx Bus Network Redesign is an upgrade that is long overdue.  My office has been involved in the development of this plan from the very beginning to ensure that it meets the changing needs of our borough. Throughout this process, we have engaged stakeholders, elected officials, advocates and the community as a whole to examine the plan, make suggestions and adjustments, and update the Bronx bus map to better serve today’s commuters. The end result of this important process is a huge step forward in modernizing and upgrading the system for the hundreds of thousands of riders who rely on city buses every day. Thank you to Andy Byford and the Metropolitan Transportation Authority for their partnership throughout this process, and for the work that you are doing to prepare our borough’s critical bus infrastructure for the future. I look forward to continuing to work together with Mr. Byford and his team as this bus plan is rolled out to the public.”

State Sen. Alessandra Biaggi said: “The most important piece of the Bronx Bus Redesign process is the inclusion of community voices, and it is clear that the current plan is reflective of the many needs and concerns voiced by Bronx residents in my district. I look forward to seeing the MTA New York City Transit continue to engage with transit advocates and Bronx bus riders on how to build a better bus system in District 34, and further invest in public transportation access across the borough.”

State Assemblywoman Nathalia Fernandez said: “The Bronx bus redesign will hopefully bring better, more efficient service to the Bronx, a borough that predominant relies on bus transportation. This plan will address many gripes and concerns of the community, and I am looking forward to seeing it implemented.”

State Assemblyman Jeffrey Dinowitz said: “The most important aspect of any government endeavor to make positive changes in people’s lives and to have an open, transparent, and collaborative process throughout. I am encouraged by the significant increase in outreach events that went into the Bronx Bus Network Redesign, and I look forward to a continued dialogue with the MTA and NYCT about improving bus service for tens of thousands of riders in my district and 2 million riders citywide.”

Councilmember Vanessa L. Gibson said: “I am pleased that the New York City Transit, under the leadership of President Byford and his team, listened to our concerns regarding the Draft Bronx Bus Network Redesign Plan, and how it was insufficient to meet the needs of Bronxites. This Final Plan truly encompasses the communities’ input for increased bus frequencies, faster and extended routes, and route consolidations. I am particularly pleased to see an extension to the Bx18 in Morris Heights and expanded routes to the BX11 in Highbridge. These efforts lead to an increase in accessing jobs and economic opportunities, and is a creative way to increase bus ridership while speeding up bus times for Bronxites. We are eager to read the plan in full detail once its released and we are sure residents will be excited for the changes to come.”

Councilman Mark Gjonaj said: “I want to thank Andy Byford and the MTA for engaging the community and considering local input throughout the planning process of the Bronx Bus Redesign. I truly appreciate the collaborative effort and commitment to ensuring that the redesign reflects the needs and concerns of our residents.”

Assembly Member Marcos A. Crespo said: “The Bronx Bus Redesign process has allowed Bronx residents to significantly impact the decision making process and set up increased efficiencies throughout our boroughs bus routes and service. My district in particular will see a tremendous benefit with the expansion of the Bx6 SBS along Story Avenue. I am grateful to all the residents who joined me in voicing concerns and achieving the restoration of the Evergreen/Elder bus stop along the 5 bus line. This overall plan is a major step forward for The Bronx, and I applaud the efforts of Andy Byford, the MTA redesign team, Borough President Ruben Diaz Jr.,  community activists and every resident who participated in this very important endeavor. Better bus service is crucial to serve our communities and this plan will achieve that.” 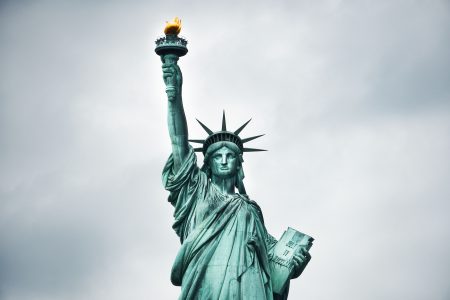 Injured At The Statue Of Liberty: Now What? 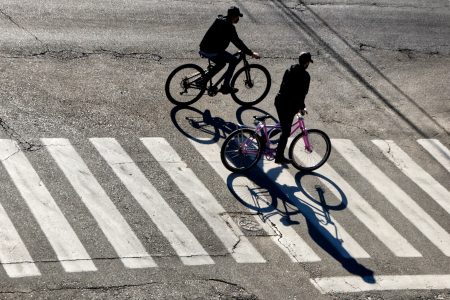 Are Car Drivers Always At Fault In A Car-Bicycle Accident?