The Mayor’s Office of Media and Entertainment (MOME) said efforts to bring more television and film crews to Staten Island and the Bronx have paid off in a big way recently.

The Bronx saw a 28% jump in productions between 2014 and 2015, according to Julie Menin, the office’s commissioner, who spoke to the City Council’s committee on technology Monday.

Committee chair James Vacca, who represents the Bronx, said he hopes this expansion continues because the underappreciated boroughs deserve their crack at an industry that generates a $9 billion annual economic impact in New York City while employing over 130,000 New Yorkers.

“In a city with a richly diverse population, we would like the film industry to reach out more,” Vacca said.

Menin pointed to a few factors to account for the increase in interest.

— Investments in infrastructure for the industry outside the core filming areas in Brooklyn, Manhattan and Queens — especially the new Silvercup Studios North complex in the South Bronx. Other studios are looking to set up shop in the outer boroughs including Broadway Stages, which is working out a plan to set up a new facility in the Charleston section of Staten Island.

— The fact that Bronx and Staten Island have neighborhoods that offer a suburban feel that can double for, say, the Washington, DC of “The Americans” (the Bronx) and “The Blacklist” (Staten Island).

— The “Made in New York” digital location library, which provides filmmakers with free access photos, videos and information on New York locations. “A lot of times when you are location scouting you’re not actually flying in and this helps the filmmakers,” she said.

There is a consequence, of course, to all this activity: Interruptions in the day-to-day lives of local residents. Menin said the agency has redoubled efforts to alert community boards about filming in their areas, and the street closures that come with it, and they are adding more field representatives to sets to inspect parking and safety conditions.

Staten Island Councilman Joe Borelli noted that restaurants and businesses have gladly donated their shops to shoots and residents have been excited to see their homes featured prominently on the big screen.

“I cannot walk through any corner of my street without tripping over the cast of ‘The Americans,’” he joked. 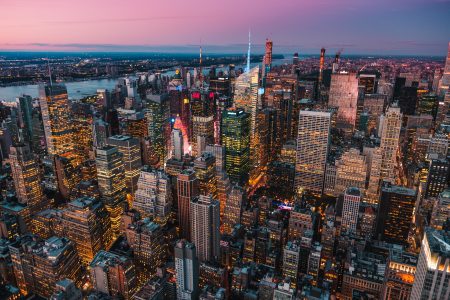 Touring New York: How To Get A Different Perspective On The City