One of my mother’s friends was raised decades ago on a few acres at the end of gravel road in Idaho. As she puts it, her family’s basic challenge was eating what it produced before other critters did. In other words, it was useful to consume the eggs in the henhouse before the foxes got to them.

Those images sometimes come to my mind when I look at a bag of potatoes in the grocery store. Potatoes are relatively cheap and nutritious food, a good source of the basic food energy that carbs give us, as well as a fine source of Vitamin C, potassium and iron. They are also so easy to cook even I can manage the task.

But when I was young a lot of potatoes were lost to sprouting. As soon as a spud starts growing sprouts, its days are numbered. The sprouting hastens deterioration and the overall quality of the potato starts to drop off.

Farmers used to lose some of their crop to sprouting before they could sell their harvest, and consumers lost sacks of spuds stored in home cupboards to the same problem.

It wasn’t that foxes invaded our kitchens to eat our potatoes. It was that the spuds themselves “ate” the starch stored in their pudgy brown bodies to fuel their growth.

In the 20th century farmers started to treat their potatoes with chemicals to delay the sprouting process. The chemicals helped, but they were artificial compounds, not natural to the food chain.

It’s at this point that new research enters the picture. At agricultural universities across the nation, scientists are always at work to improve the lot of farmers and consumers alike. The goal is to get more food of higher quality out of the land, to do so as sustainably as possible, and to help us consumers as we make a wide variety of choices about how we want to eat.

When Professor Richard Knowles of Washington State University saw that potatoes treated in an experiment with a naturally occurring compound didn’t sprout – even when they were planted in soil – he knew he had discovered something akin to a magic wand for the sprouting problem. The compound in question is one that’s related to what wafts into the air when you mow your lawn. It gives you that “fresh cut grass” smell. In other words, the compound is fully natural, one that plants themselves produce.

The new class of potato-sprout inhibitors is being developed for commercial application by the American Vanguard Corporation as SmartBlockTM. It’s because of advances like these that the big bag of spuds you carry home today from the grocery store will likely remain pretty cheap in the years to come. And as consumers we’ll be able to directly see the good effects of Knowles’ research, because potatoes will more likely make it from the store all the way to your plate rather than sprouting and growing furiously in the cupboard.

Most of the ag scientists I know are not the kind of people to loudly sing their own praises. And a lot of Americans today don’t understand all the work that goes into growing high-quality food and getting it successfully to the grocery store. Those two factors combine to make too many of us unaware of all the good work done in agricultural research.

Lots of agricultural scientists are able to do their research work because of our tax dollars. At the federal level, agricultural research is supported by part of the Department of Agriculture called the National Institute of Food and Agriculture (NIFA). The budget for NIFA was cut in the recent deal ironed out between Republicans and Democrats in D.C. Maybe that was reasonable given the economic situation, but because I’m lucky enough to see ag scientists at work daily around me in my job, I understand just how much bang we get for each buck put into their research.

If we choose to complain about the costs of agricultural research, let’s at least not do it with our mouths full.

Reading The Record Of The Tree Rings 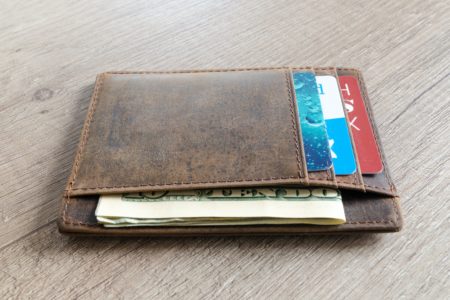