“I closed my eyes as the traditional priestess poured a basin of mysterious oils over me. Stinging my body from head to toe, she repeated the motion several times to wash the “gay devil” out of me.

I was 18 and I was back in Nigeria for Christmas, where homosexuality is illegal, as it is in 33 other African countries. Gay and Nigerian, this was my third exorcism in just a few days’ time.

Returning to the United States, my struggles continued. As a gay African immigrant, I existed in a strange middle ground of rejection from all corners. Rejected from white LGBT spaces and American society due to my blackness and immigrant status, and from African circles due to my sexuality. I was “unacceptable” everywhere I turned.

I found photography as my voice in this darkness and in 2013 I began Limitless Africans. Over the course of four years, I would travel to ten different countries across North America and Europe to document, for the first time, the LGBTQ African immigrant experience. Shooting and interviewing over 50 LGBTQ African immigrants, I found that every one had experienced a similar sense of rejection on all sides.

This body of work is a collaborative response between me and my community, to re-define what it means to be an immigrant, African and queer in North America and Europe at this time. To confront, with our self-love and stories, the oppressive narratives that say we should not exist. We are Limitless.”

The symbols used in the book are known as Nsibidi, an ancient writing system from south-eastern Nigeria that predates colonization.

The book’s color and design are based on ancient bronze relics in Nigeria and Nsibidi.

The Nsibidi on the book cover above the title depicts two women sleeping together with pillows on either side and with their arms around one another. If this figure were upright it would be a man and woman.

The book is available to be purchased at the FotoEvidence book store on line, Amazon US. and Amazon France.

Mikael Chukwuma Owunna (b. 1990) is a queer Nigerian-Swedish artist with degrees in Biomedical Engineering and History (Duke University ).

His work centers around identity while bending the medium with his engineering and multidisciplinary background.

Owunna is the recipient of a Fulbright scholarship (Taiwan – 2012) and his projects: I am Atayal! He is a finalist of the 2019 FotoEvidence Book Award with World Press Photo. He was selected for the 2018 New York Times Portfolio Review, Photolucida’s Critical Mass Top 200, the Magenta Foundation’s Flash Forward Awards and Review Santa Fe for his series Limit(less) and Infinite Essence.

Owunna has spoken and lectured about his work widely from Harvard Law School to the Paris Institute of Political Studies (Reims) and Swedish Public Radio.

Zun Lee, who contributes the Foreword, is a Black Canadian visual artist, physician and educator whose immersive documentary practice of Black family life encourages alternate ways of thinking about community and belonging. Lee examines how communities codify identity and self-representation, but also how the meaning of such code may shift as images are subjected to cultural commodification and appropriation.

Rafeeat Aliyu, who contributes the Introduction, is a writer and documentary filmmaker based in Nigeria. She’s a history nerd with a keen interest in gender, sex, and sexuality in West Africa. Rafeeat is a co-editor of She Called Me Woman, an anthology of true stories from queer Nigerian women.

FotoEvidence Press was founded in 2010 to continue the tradition of using photography to draw attention to human rights violations, injustice, oppression and assaults on human dignity wherever they may occur. FotoEvidence books provide indisputable evidence and human stories that serve to make issues salient and inspire response. You can find mor information here. 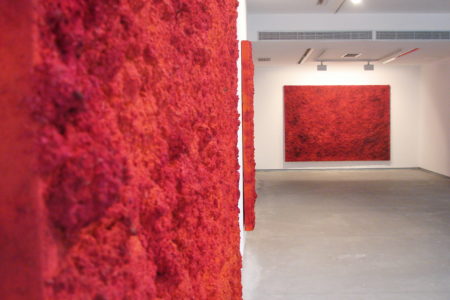