Howard Diven, 83, grew up on East 180th Street and Clinton Avenue, a section of Bronx not exactly renowned for its green space.

His was a Depression-era boyhood of stickball games and Yankee worship and hopping on and off trolley cars. Long hours were spent hanging around the block or playing marbles or picnicking on tenement roofs, known as tar beach.

“There was no such thing as summer vacation,” his sister, Flora Watson, said recently at the home they shared in Stony Point. “On hot nights, whole families would get together on the roofs of the tenements.”

But the neighborhood had one other thing going for it. Across the street was the Bronx Zoo.

Diven had a fascination with animals from a young age. Creatures captured his imagination. At the age of 16 or 17, with only an eighth-grade education, Diven was hired as a caretaker at the children’s zoo. He traded the urban jungle for a caged one, rising to become the head keeper at the Ape House. He stayed at the zoo for 41 years, retiring in 1994.

The old Ape House, built in 1950, was a place of cheerless concrete and tile cages, artificial logs and a six-foot-deep walled moat. But Diven, a lifelong bachelor and devout Catholic who attended daily Mass, had a way with the animals.

Diven worked with a group of lowland gorillas, a species that is native to central Africa and vegetarian in the wild. They reach adulthood around 12 and in captivity live 30 to 35 years.

Diven was responsible for their well-being, occasionally traveling with them to zoos as far as Los Angeles and San Diego. Despite their size and strength, gorillas usually are very shy. It took a gentle touch, a special rapport.

“He nurtured them from the time they were babies,” Watson said. “He was their companion — cleaning them, feeding them, looking out for them, really.”

He had favorites, friends: Mambo, a large male silverback, and Oka, a robust, big-boned female weighing more than 350 pounds. There is a photo of the two of them together, sitting on a chained log. They look completely comfortable, as if having a chat.

Diven liked his work so much he got his younger brother, Stephen, hired at the Bird House. He worked at the zoo for 40 years. At family functions, the two brothers would tell stories and do impersonations, gorilla grunts and bird-calls, a jungle symphony of sound.

“It was an exciting life,” said Stephen Diven, now 77 and living in Brooklyn Heights. “You never knew what you were going to face.”

He recalled how, many years ago, Oka once got loose. Howard Diven simply took her by the hand. He gently led her back into her enclosure.

“If you asked the zoo about that, they’d deny it,” Stephen Diven said, chuckling. “They hushed that up. But my brother was able to get her back into the cage.”

Over time, the way zoos housed animals underwent dramatic change. Barred cages were out. In the late 1990s, the Ape House was replaced by the $30 million Congo Gorilla Forest — a 6.5-acre simulated rainforest, home to two troops of lowland gorillas.

By then, Howard Diven had retired and moved in with his sister. Oka, long dead, now resides in a display case at the American Museum of Natural History. 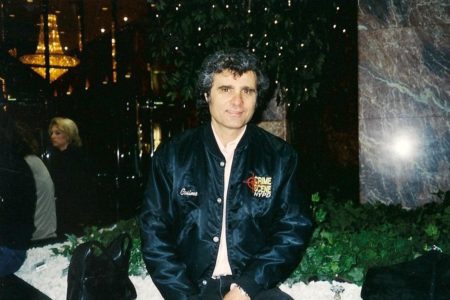